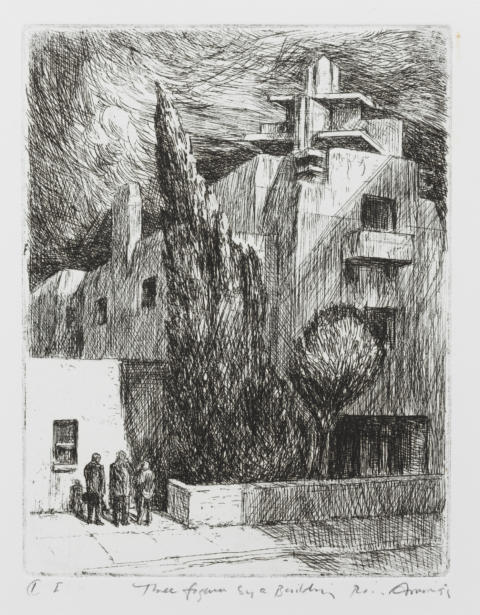 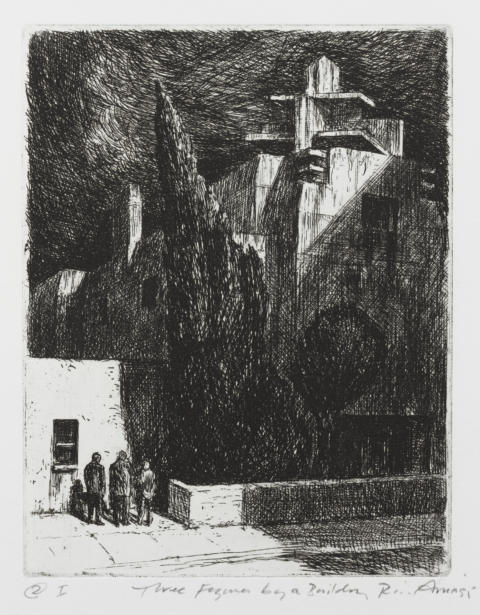 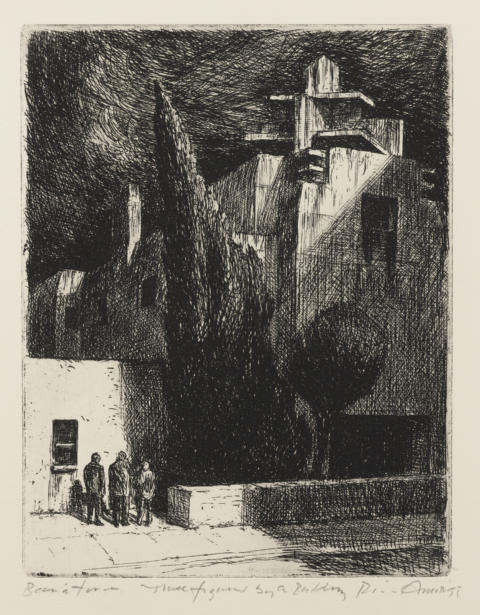 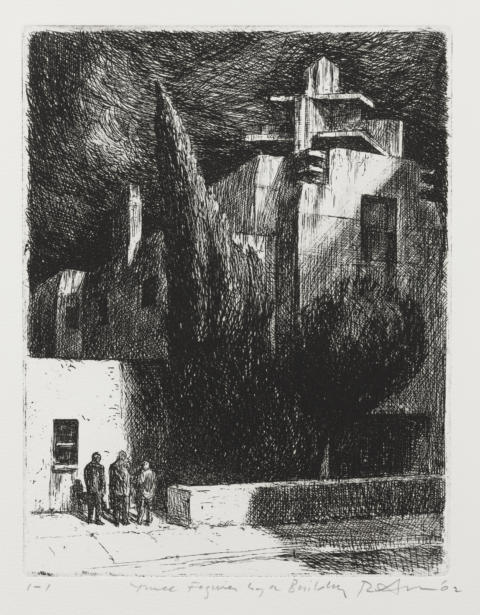 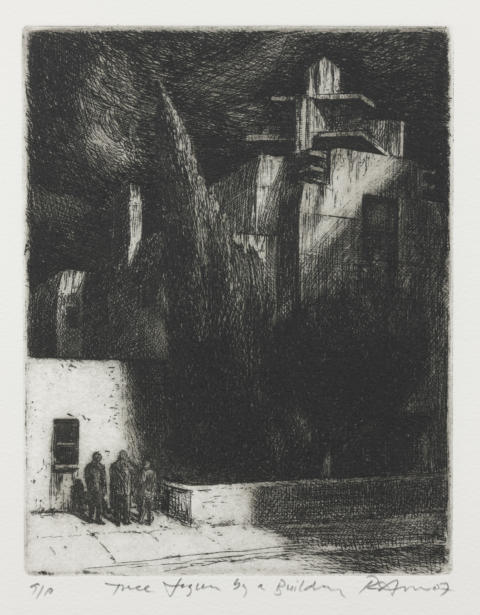 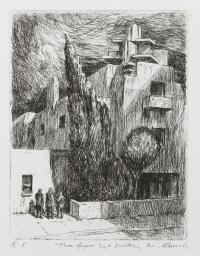 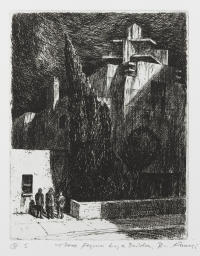 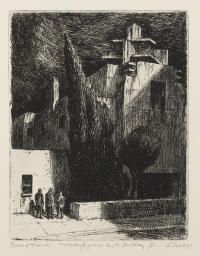 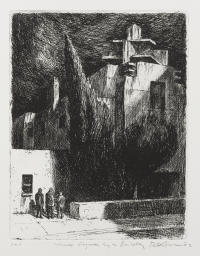 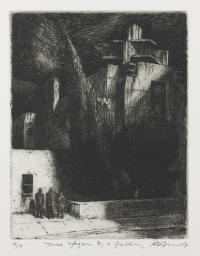 Etching. Three men stand on a footpath, to the left of an Art Deco apartment block. In the building’s narrow front garden, behind a low fence, are a tall, leaning cypress and a shorter tree, with a circular crown. The figures of the men are cast in light, while an oblique shadow falls across the building. There are four variant impressions of this state.

The sky has been darkened and all shadows have been strengthened. The balcony on the face of the building, at the upper right, has been removed and the trees have been further etched. There are two variant impressions of this state.

The end of the fence has been defined with etching and is now depicted at a different angle.

New work has been added in drypoint. The smaller tree is now taller and its crown of foliage wider, almost touching the window above it. The shadow on the long side of the fence has been burnished, and now terminates in an oblique end. The long oblique shadow at the upper right has been reduced; it now cuts across the upper left corner of the window.

The building depicted here is a block of Art Deco flats in Victoria Parade, East Melbourne, a suburb adjacent to Melbourne’s commercial centre. Amor included this building in three of his prints, the first being the etching The flats, 1991 (cat. no. E.040), which shows the structure from the front. This work was followed, in 1993, by a colour woodcut in which the rear of the building is depicted; the present etching, which is closer to the woodcut than to the 1991 etching, came next. Figures seen from behind appear in all three prints, providing their subjects with a mysterious narrative element.

Amor took the initial (1995) version of E.098 through five states, establishing a dark tonality in the second state but then using burnishing to restore to the architecture, and other compositional elements, a strong sense of modelling and spatial depth. Numerous impressions were printed for the five states worked in 1995, with the artist continually experimenting with wiping and plate tone. In 2002, with the introduction of drypoint, the image was moved even more decisively in a nocturnal direction. The darkness affected principally the mass of the building and the vegetation, and served also to isolate the group of three men, who remained in light. In the final version of the print, made in 2007, the entire scene was cast in darkness through the use of uniformly printed plate tone, evoking a mood of complicity and suggesting the occurrence of some unspecified but sinister event.

The block of flats depicted in E.098 appears also in Amor’s painting The witness, 2002.