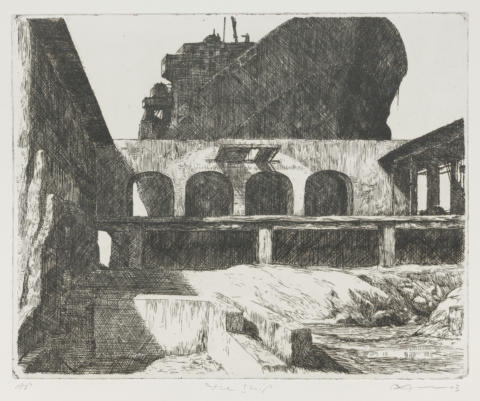 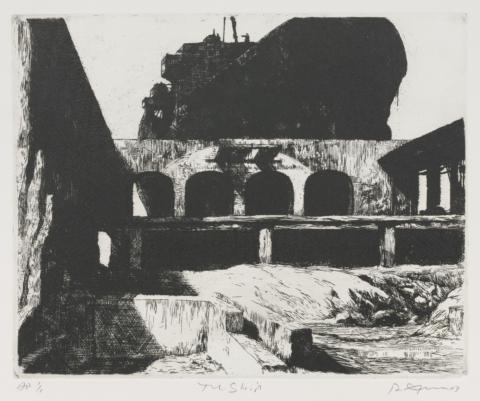 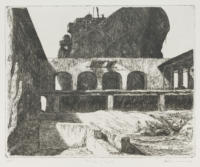 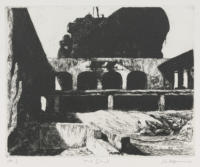 Etching and burnishing. The prow of a huge container ship towers over an enclosed derelict site, blocked in the centre by a wall with four arches. The subject is lightly etched.

The composition in this etching is based on that in the watercolour Study for ‘The ship’, dated 19 May 2003 (Fry 2008), and is oriented in the same direction. The view depicted is clearly a composite, incorporating several distinct elements: the wasteland in the foreground; the ruined or unfinished building with its series of arches (echoes of a Roman aqueduct); and the ship, its prow pressed improbably close to the architecture. The print disconcerts, with its play on size and scale and its knowing reference to antiquity.

Unusually for Amor, this work exists in just one state, although the edition exists in two distinct versions: one cleanly wiped and light, the other uniformly darkened with plate tone. The numerous variant impressions of the only state serve to document the process of experimentation that led Amor to the decision to edition the plate in two different ways.