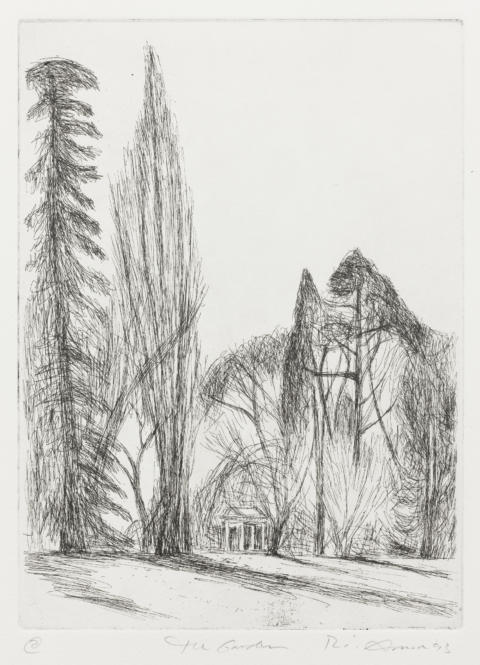 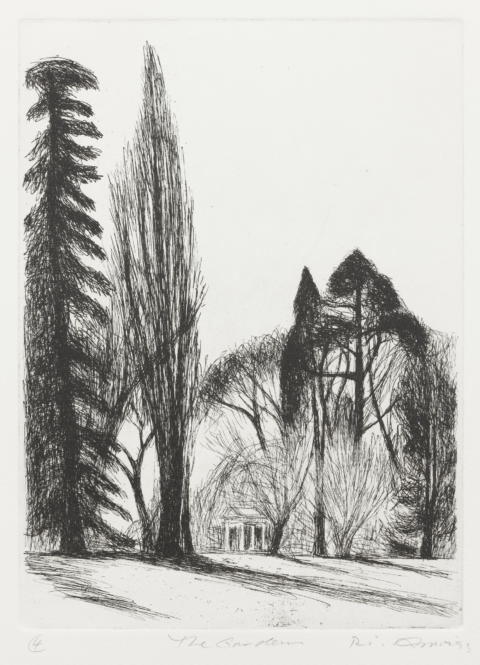 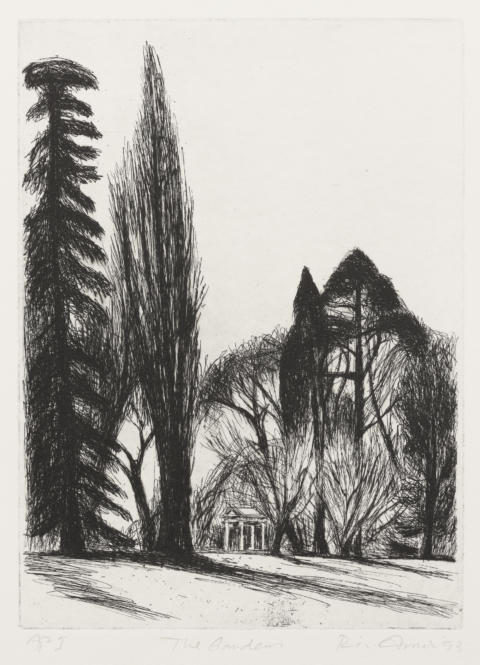 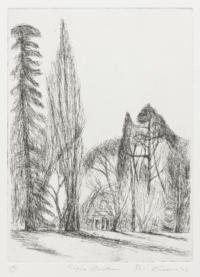 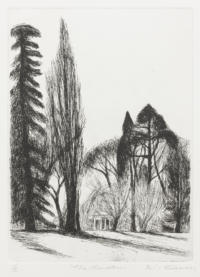 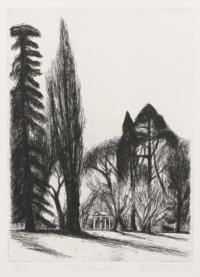 Etching. A small classical temple, with four columns and a pediment, stands in a garden setting, amid large shrubs and a variety of tall, mature trees. The temple and trees are situated on the crest of a rise, and the trees cast oblique shadows, slanted down towards the right. The image is lightly etched. There are two variant impressions of this state.

More etched details have been added to the trees at right and the plate has been re-etched.

Drypoint accents have been added to many areas of the plate. There are three variant impressions of this state.

The view depicted in this etching is of a corner of the Fitzroy Gardens, historically significant public gardens situated on twenty-six hectares (sixty-four acres) in East Melbourne, on the edge of Melbourne’s CBD. The gardens were established in the mid nineteenth century, to the design of Edward La Trobe Bateman (1816–1897), an associate of the Pre-Raphaelite Brotherhood. They have undergone changes over the years, but have retained many of their old, predominantly European trees, which rise among winding, intersecting paths and wide lawns.

The Fitzroy Gardens have been a favoured location of Amor’s for the scale of their trees and their vistas, for the contrast they provide with the adjacent city, and for the way in which their sheer size dwarfs, or can conceal, human presence. Many of the artist’s views of public gardens subjects are set in the Fitzroy Gardens; some of these works use the setting in a general, evocative way, while others, such as this print, are also fairly accurate depictions.

E.071 is based on a drawing done on the spot, and includes the Old Bandstand (erected 1864), which was built to resemble a classical temple. The five states of the etching document Amor’s straightforward path to completing his image.