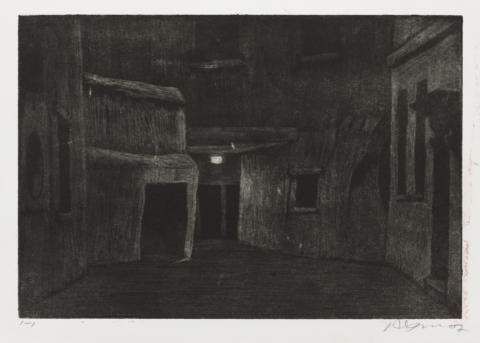 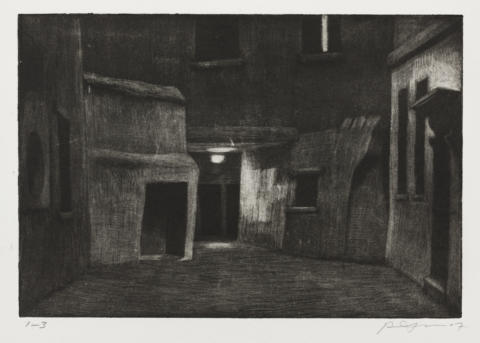 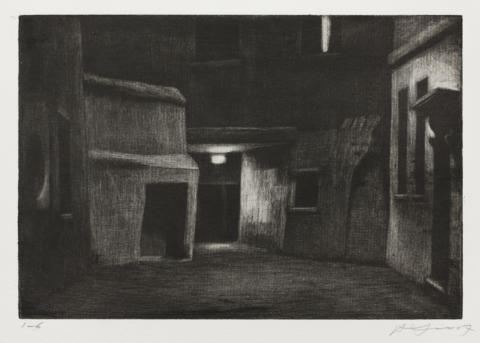 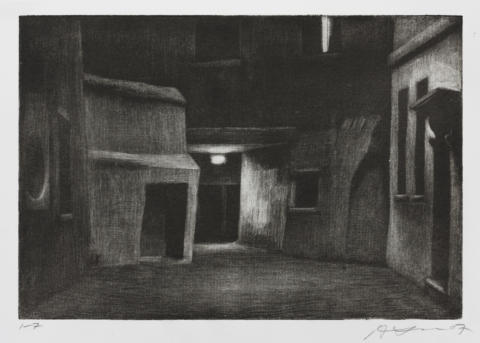 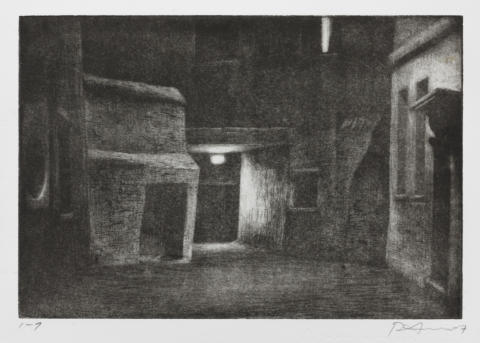 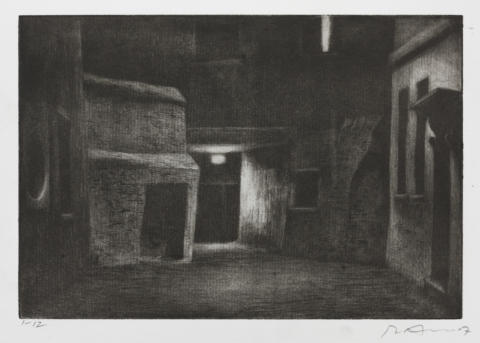 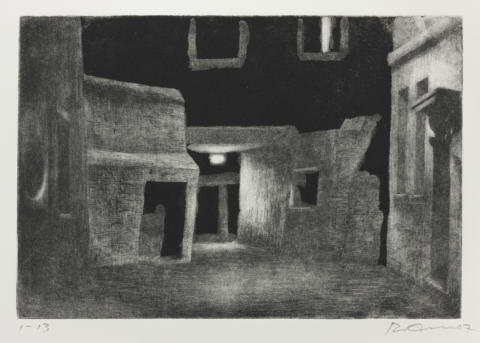 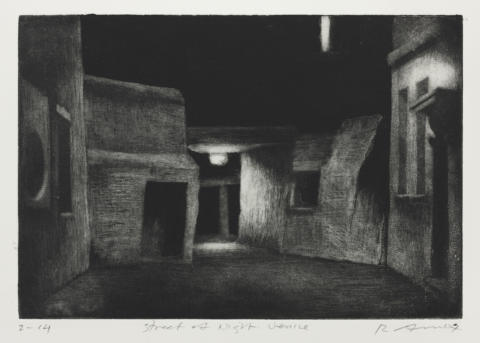 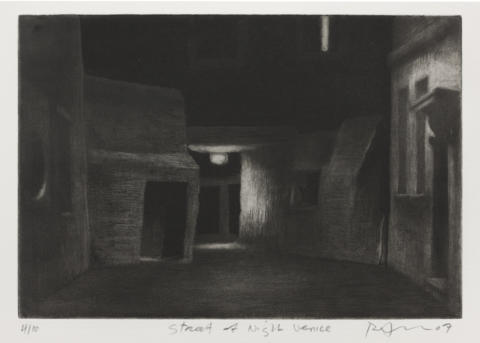 Burnished aquatint. A night view onto an irregular Venetian courtyard surrounded by buildings, with a rectangular opening in the centre distance, illuminated by a single lamp. There are two upper-storey windows at the upper centre, and two windows and a doorway in the building at right. All the essential elements of the composition have been lightly, but clearly, burnished in.

The lightly burnished areas have been further lightened by burnishing, and an illuminated area now appears on the ceiling near the lamp. A vertical strip of light appears in the centre of the upper right window. The area above the doorway of the building at right has been burnished to show light cast through the window.

Fine vertical lines of etching have been applied to the light area to the right of the passageway. The circular window at the centre left has been further burnished.

The squarish area of roulette work at the lower right of the doorway at left has been burnished to contain it within the shadows of the doorway.

The left edge of the doorstep at right has been strengthened with etching. There are two variant impressions of this state.

A new layer of aquatint has been added to the plate; this was done at the artist’s direction by Martin King at the Australian Print Workshop. It covers the far wall, except for the two window frames and the strip of window light, the area beyond the lamplight, the door on the left and the window on the right. The aquatint tone prints a stark black against the remaining grey of the plate.

The plate has undergone significant burnishing in order to tonally integrate the newly applied aquatint with the earlier work on the plate. Some shading with roulette has been added to the right of the strip of light in the upper right window and in the shadow between the two buildings at right.

This etching, the first that Amor made in Venice in 2007, is based closely on a pencil drawing, dated 4 June 2007, in the artist’s large Venice Sketchbook. Both etching and drawing are oriented in the same direction.

The location depicted in E.147 is the same courtyard as appears in Woman pissing, Venice (cat. no. E.145), but seen from the opposite direction. While the drawing on which the present etching is based is a daytime view, the print was always conceived as a night scene. It began on the plate as an even layer of prepared aquatint, which was then worked with a burnisher from dark to light, as though it were a mezzotint.

The etching was subsequently used as the modello for a large charcoal drawing, dated 24 April 2008 (Niagara Galleries 2009).