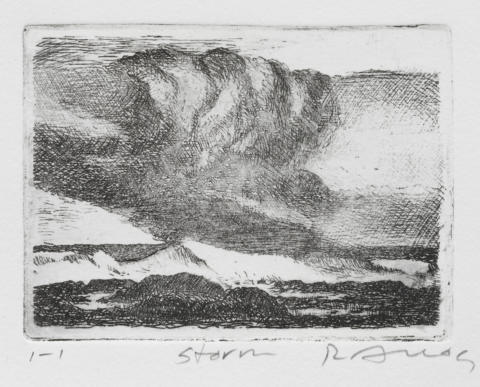 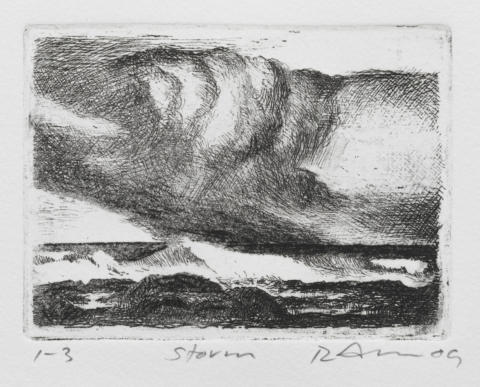 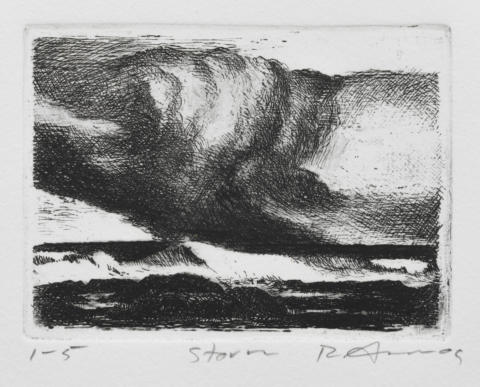 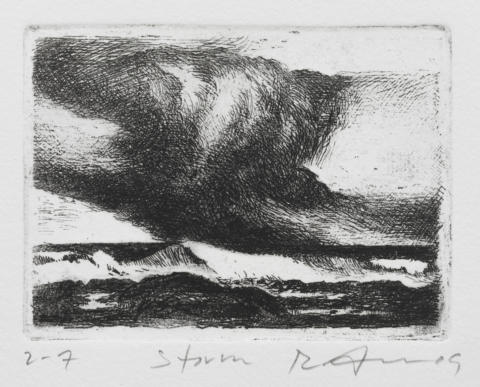 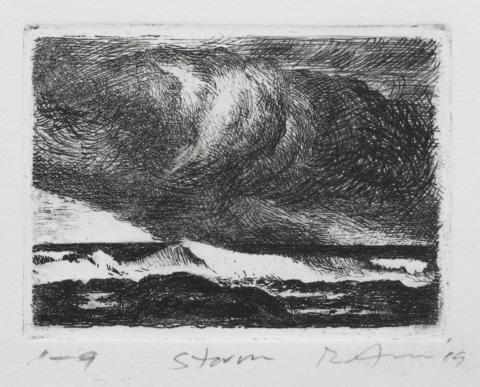 VIII.b. 8th state of 9, extensively touched with pen and ink over pencil, and with touches of chalk 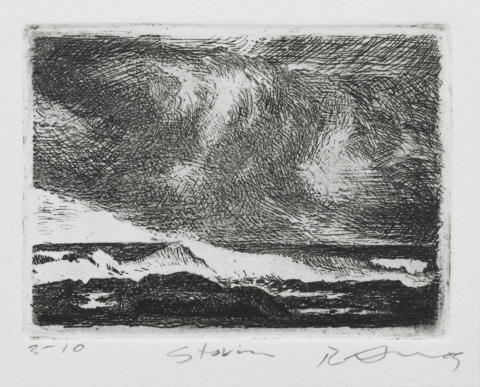 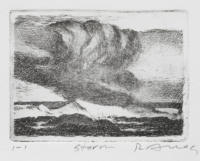 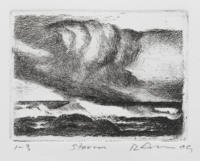 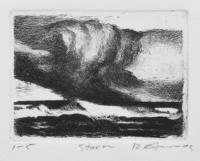 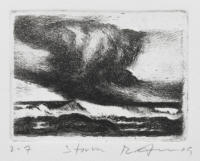 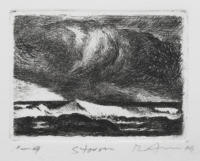 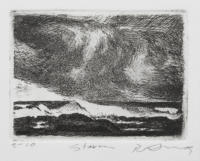 Etching. A view of the sea from a rocky shore towards a low horizon, with a white crested wave rolling in and breaking up in several places. In the sky is a huge storm cloud but the upper right corner of the sky is blank. There is a margin of 2 mm between the plate mark and the image.

Drypoint has been added to the horizon and to the rocks in the foreground.

More drypoint hatching has been added to the underside of the cloud. There are two variant impressions of this state.

Several curved strokes have been added to the sky above the clouds at the upper centre, and the billows have been darkened with the addition of further etching. The light patch in the cloud at the left edge has been expanded through burnishing. There are two variant impressions of this state.

The underside of the largest wave has been lightly burnished. There are two variant impressions of this state. Impression VIII.b is extensively touched with pen and ink over pencil, and with touches of chalk, principally in the clouds and in the previously blank upper right corner.

The amendments drawn over impression VIII.b have been carried here with etching. There are three variant impressions of this state.

This etching is after a small painting, Sky study, 2009 (now destroyed) (Liverpool Street Gallery 2009), and is oriented in the same direction. The subject is based loosely on cloud studies that Amor made on site at Flinders on the Mornington Peninsula. Nevertheless, in its present configuration, it has its source largely in memory.

The early states of E.157 are tonally close to the painting, in which the clouds presage a storm. However, in the final state, with the darkening of the whole sky at the right of the composition, Amor moved the etching in a darker direction, with the sea now in the midst of a roiling storm.

Despite the many careful adjustments made to the copper plate as he worked through the nine states of this print, Amor decided against printing an edition, and cancelled the plate.

The plate has not been located.