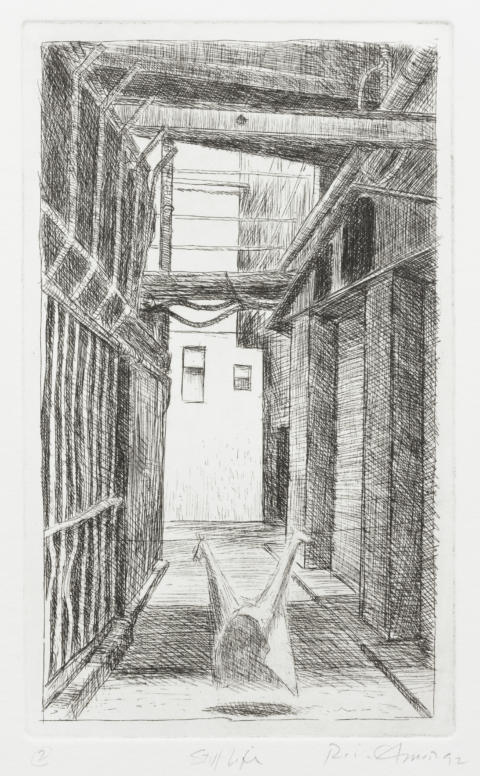 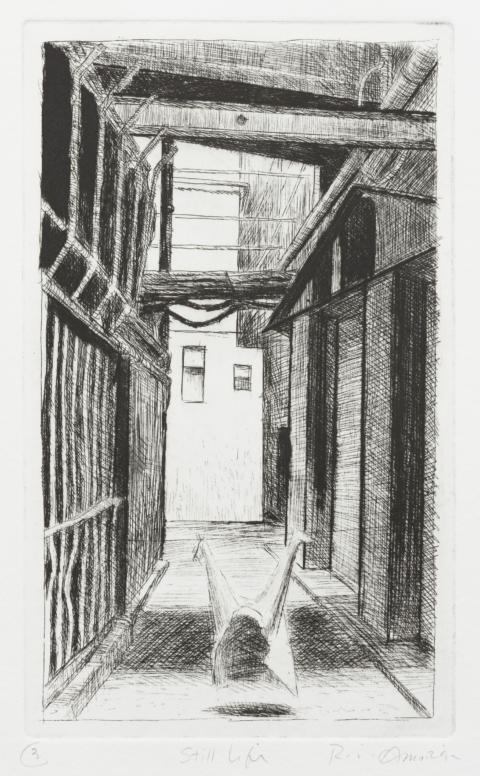 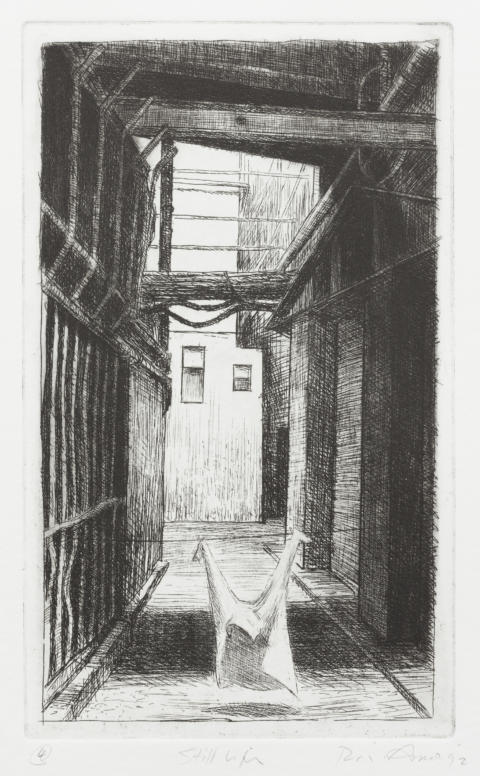 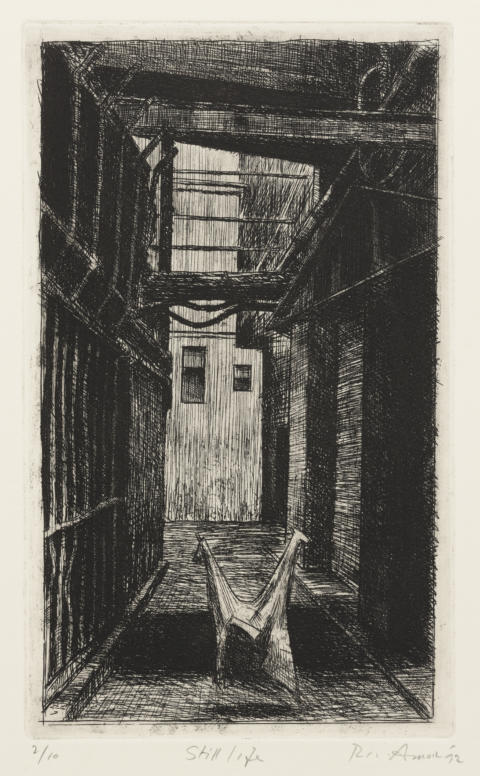 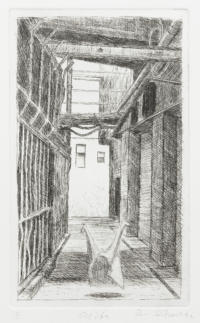 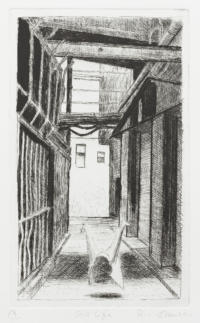 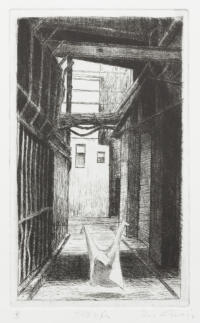 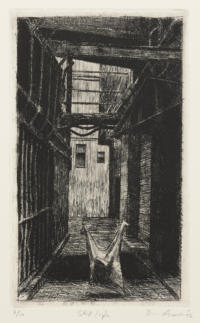 Etching has been added throughout to give the architecture and the hanging shirt greater definition.

Much new etched work appears throughout the plate. The wall at the end of the alley is now etched from top to bottom with vertical lines, and both windows have been darkened with etching. The jutting wall at the far centre right is now completely covered with hatching. The two light vertical strips that form part of the building at right have been covered with horizontal hatching. The ground is now covered by a mesh of hatching. The shirt’s contours and its details have been more clearly defined. A new horizontal line has been added along the bottom of the image area, below the original framing line.

This etching is based closely on a painting of the same title, made in July 1992 (Short 2008). The setting in both works is an alley off Little Bourke Street, near the Block Arcade, in Melbourne’s CBD, a location used in several of Amor’s pictures. A horizontal version of the subject had been painted in 1991 (Fry 2008).

In his review of Amor’s 1995 exhibition at Niagara Galleries, Chris Wallace-Crabbe related the uneasy motif of the disembodied shirt upon a hanger, as it appeared in the painting The end of the arcade, 1995, to a refrain in W. B. Yeats’s poem ‘The Apparitions’ (1938): ‘Fifteen apparitions have I seen; / The worst a coat upon a coat-hanger’ (Wallace-Crabbe 1995).

David Hansen, in his 2008 essay ‘Vacant Possession’, elaborated on this interpretation, tracing back the origins of the shirt motif in Amor’s work to the late 1960s, and drawing a parallel between the shirt and T. S. Eliot’s ‘hollow men’:

Amor presents the disembodied shirt as a sign of the absent soul. From its first appearance in a 1969 drawing, through the Pelaco-packet foldings of his public servant pictures of the early 1970s, to the alleyway clothesline shirt-as-Rembrandt’s-Side of Beef in Still Life (1992) … Amor’s repeated ghost-garment functions as a sign of the ‘hollow man’, of moral or spiritual vacancy, and as a metaphor of mortality. (Hansen in Short 2008, p. 106)

Amor’s etching, while close to its painted model, characteristically diverges from it in some of its details, notably in the positioning of the shirt closer to the foreground, as well as in the prominence given to the ribbed left wall. Nevertheless, in taking the etching through its six states, Amor systematically followed the tonal resolution of the painting. He also experimented with plate tone, ink colour, and paper colours. His experiments were not simply pictorial in nature; his chief interest lay in the creation and the shaping of mood, atmosphere and emotional content.