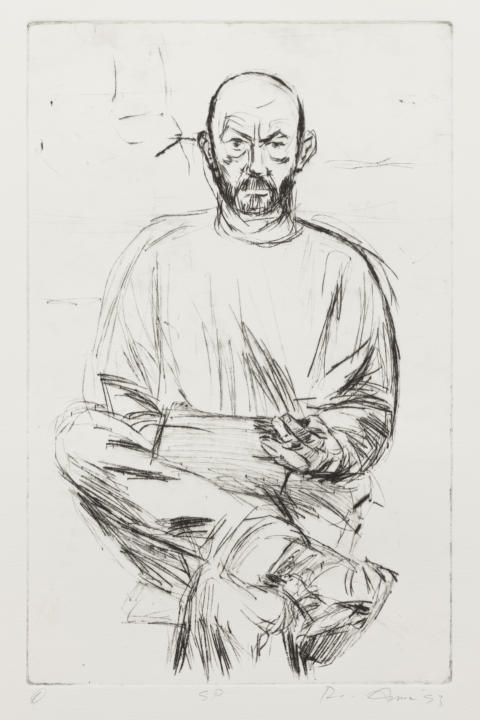 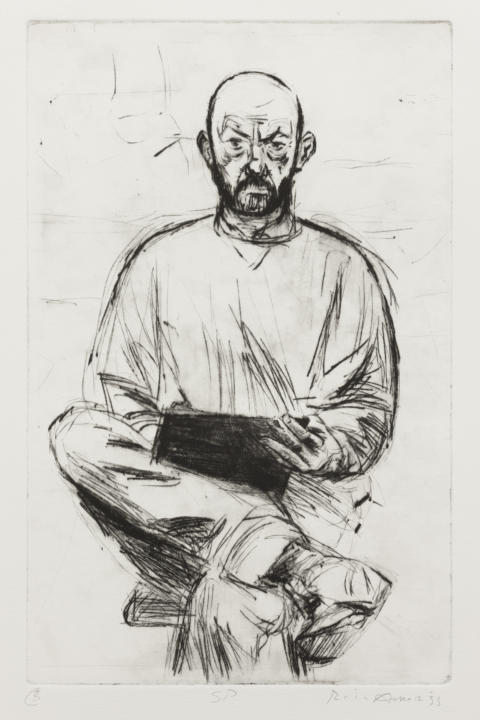 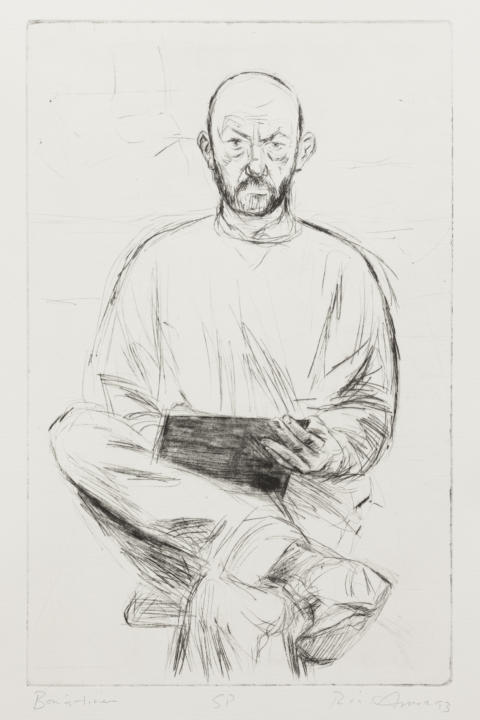 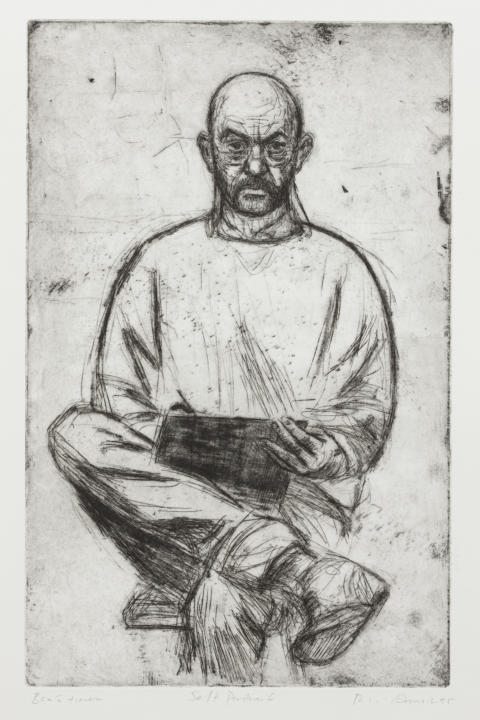 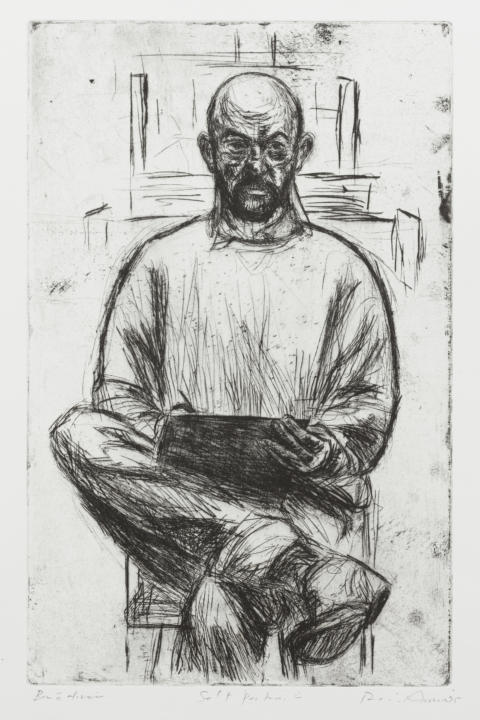 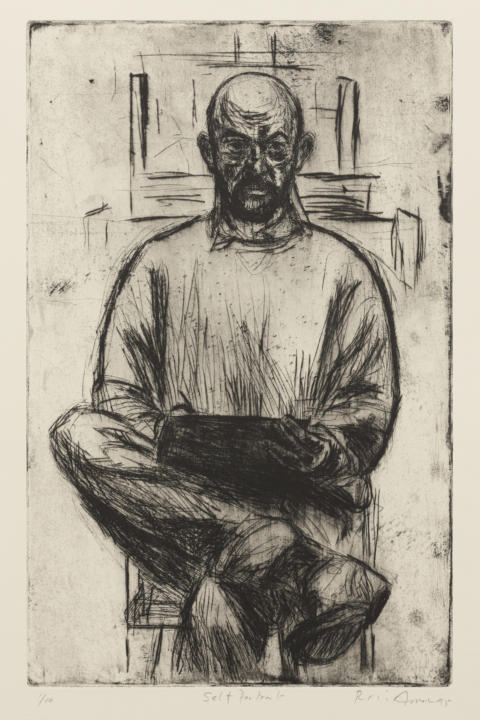 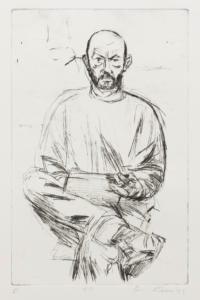 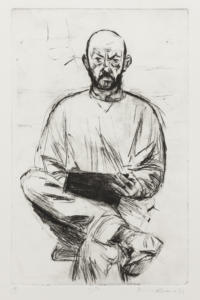 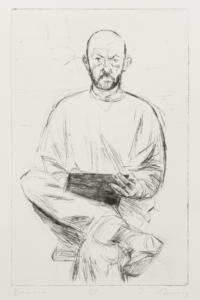 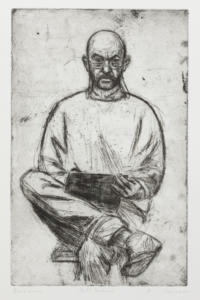 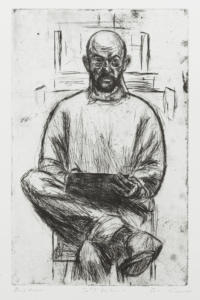 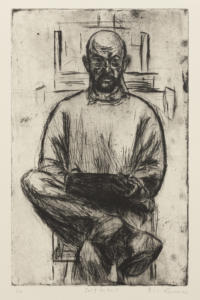 Drypoint. The artist sits facing forward, with one knee crossed over the other. He holds a copper plate on his lap and he draws on the plate with an etching needle. He does not wear spectacles. The shoulder and arm at left have a double contour. The subject has been lightly scored in drypoint.

Much new, loose etching has been added to the soft-ground contours, as well as to the face and to the copper plate held by the artist. The facial features are now much clearer.

An easel, roughly delineated with drypoint, has been added to the background. The chair has been enlarged and is now a director’s chair, with both of its sides visible. Much new etched and drypoint shading appears on the body and on the face and head. Diagonal drypoint hatching has been added to the copper plate held by the artist.

The self portrait in E.075 was etched in front of a long mirror, in 1993, with Amor drawing directly onto the copper plate.

In 1994, Amor moved from Cottles Bridge to Alphington, in suburban Melbourne, and soon afterwards he decided to return to this print (prompted by a comment made by his partner, Meg Williams, who thought that the 1993 portrait did not look sufficiently like him). In 1995, reconsidering his own likeness, the artist produced a new rendering of E.075. He also added an easel to the background in the print, thus presenting himself as the traditional painter-etcher.

This is one of the most experimental of Amor’s intaglio prints. Not only did he print many variant impressions, on a variety of papers, but he also created two unique versions of his image (III.e and VI.b), by cutting down the sheets on which two of the impressions were printed.