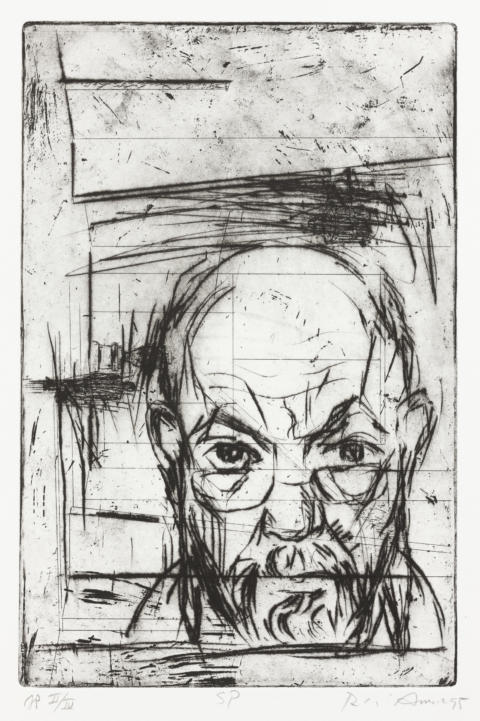 I.c. Artist’s proof of 1st and only state (Featured Image) 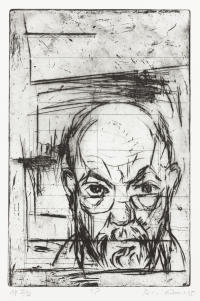 Drypoint. A frontal self portrait showing the head of the artist, who looks over the top of his spectacles. The remnants of an earlier, horizontal composition are evident. There are five variant impressions of this state.

This self portrait sketch was drawn directly, in front of a mirror, onto a copper plate that had been used earlier and discarded. The initial, horizontal composition on the plate derived from Amor’s painting The lamp, 1994, which depicts a man with a suitcase walking in a vast, museum-like interior, in the centre of which stands a large classical vase; an elaborate lantern is suspended at the upper left.

In making E.091, Amor scored over with drypoint the main features of the earlier composition but the subject remains visible, especially when the sheet is turned laterally to the left.