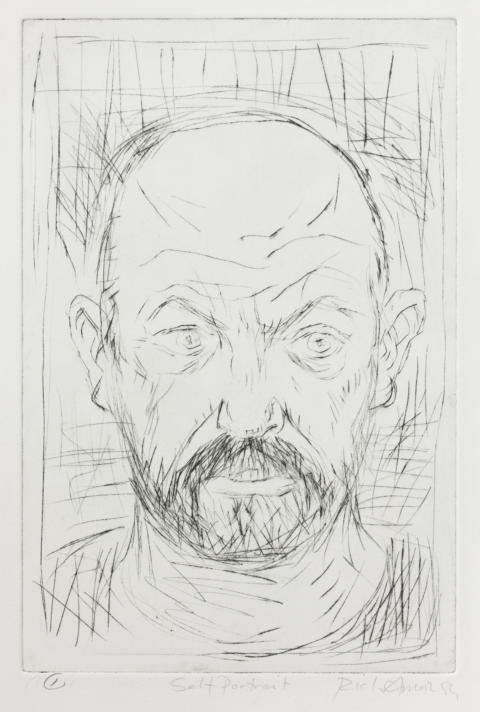 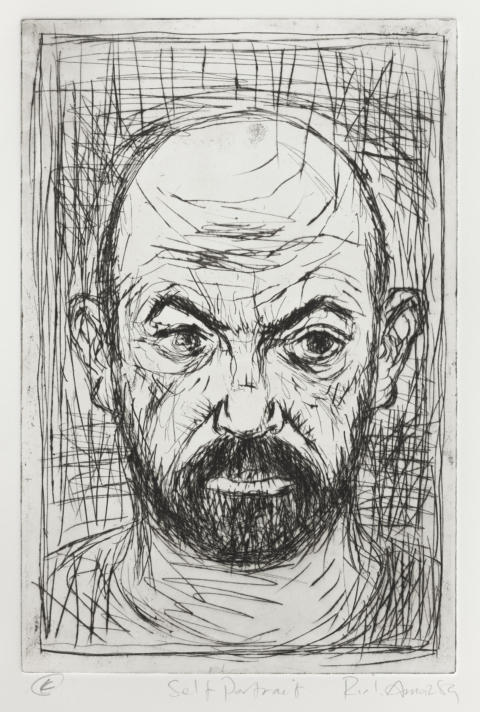 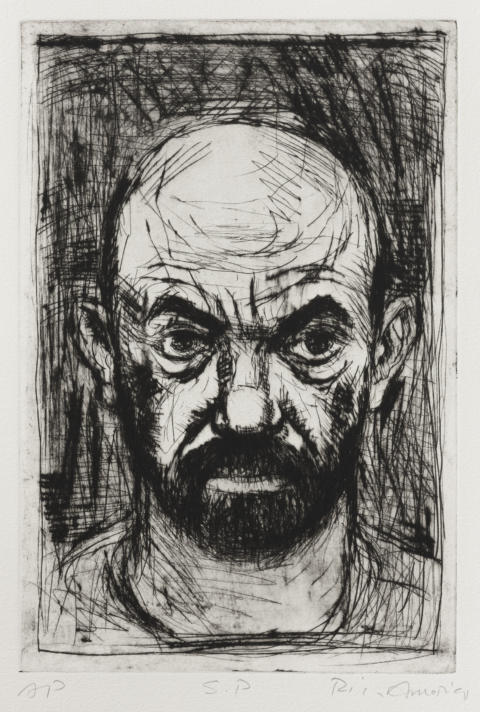 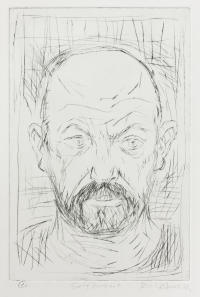 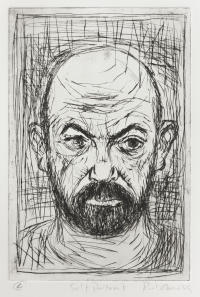 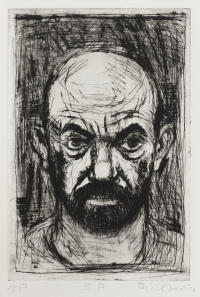 Drypoint. A self portrait from the neck up, in which the artist is depicted wearing a T-shirt. He is bald and has a beard and moustache. The image is lightly scored in drypoint.

Drypoint accents have been added to the pupils of the eyes and to the circles below the eyes. There are two variant impressions of this state.

The inner structure of both ears has been better defined, with oblique drypoint hatching, and loose hatching has been added to the left background and at the lower left, above the shoulder. A horizontal line has been scored along the top of the composition.

This, Rick Amor’s first intaglio self portrait, was drawn directly onto the copper plate, in front of a mirror. Among Amor’s prints, E.009 was preceded by seven relief-printed self portraits, the earliest of them being a linocut made in 1983.

After taking the present print through four states in 1989, Amor left it unfinished, returning to it two years later, in 1991, to rectify the imbalance between the right and left halves of the face.

When asked why he did not edition this drypoint, Amor commented that, having made a print, it is often satisfying enough for him to produce just a few impressions, rather than go through the procedures and formalities of printing an entire edition, however small.