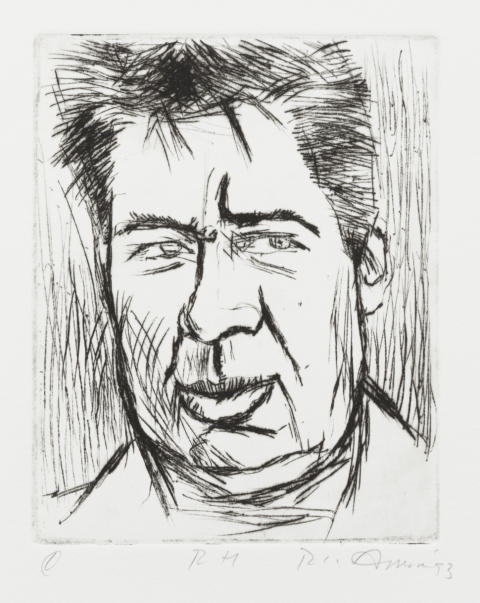 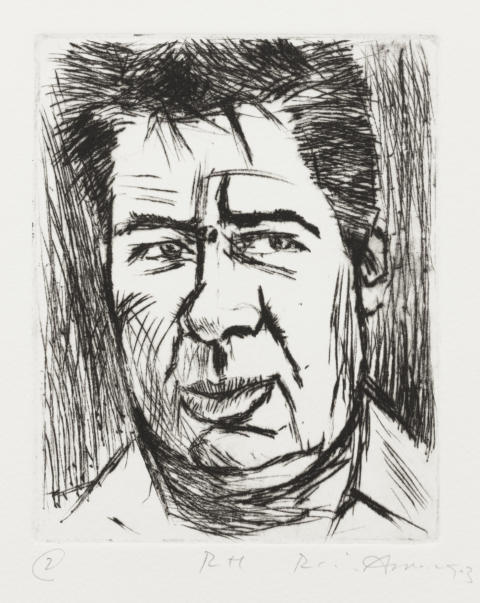 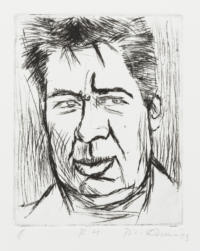 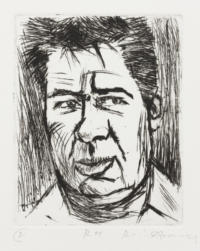 Drypoint. Portrait of Robert Harris, showing his head and neck; he looks to the right. The pupil area of the eye on the left is blank. The background is summarily scored with vertical strokes.

This portrait of the poet, teacher and literary editor, and sometime labourer and hearse driver, Robert Harris (1951–1993) was commissioned for the literary journal Overland by its editor, Barrett Reid, following Harris’s sudden death in 1993 in Sydney.

Amor and Harris knew one another from their involvement with Overland, where Harris had been on the editorial committee, and the journal’s poetry editor, for some time.

Amor based his drypoint portrait of Harris on a photograph (now lost) given to him by Barrett Reid. The print appeared in Overland together with autobiographical notes by Harris, published in his memory (Harris 1993).