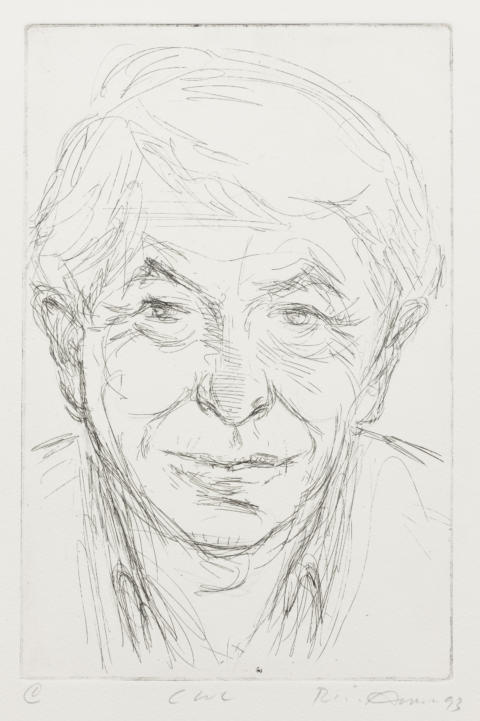 I. 1st state of 2, extensively touched with pencil 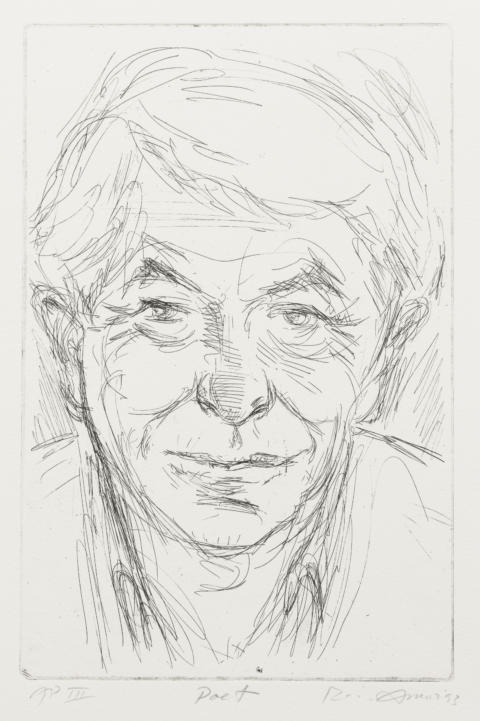 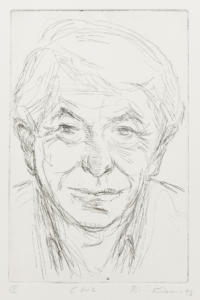 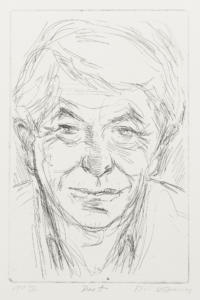 Etching. A frontal portrait of Chris Wallace-Crabbe, showing the head and part of the shoulders. The subject is lightly etched, and the image has been touched extensively with pencil.

The pencilled amendments made in the first state have been carried here and appear in the hair, eyebrows, eyelids, nose, cheeks, ears and collar. The background at the level of the ears has been loosely etched, and three small oblique strokes have been added deep in the lower left corner. There are four variant impressions of this state.

This is the fourth of five portrait prints of Australian writers that in 1992 Amor was commissioned to make for the literary journal Overland.

Chris Wallace-Crabbe (b. 1934) is a poet, literary and visual arts critic, and founding director, and now Professor Emeritus, of the Australian Centre, University of Melbourne. Wallace-Crabbe and Amor have known each other since the 1980s. This etched portrait was drawn directly onto the copper plate, at Wallace-Crabbe’s home in Carlton (Melbourne), when Wallace-Crabbe was fifty-nine years old.

Although commissioned for Overland, the portrait was never reproduced there, because Amor was unhappy with his likeness of his subject and did not wish to take the etching beyond its initial two states.