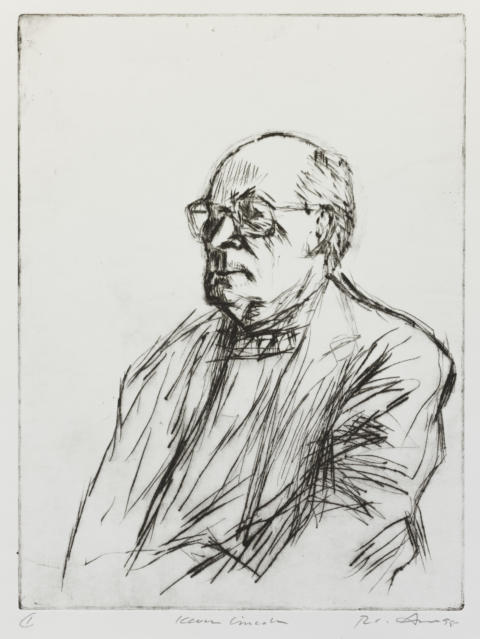 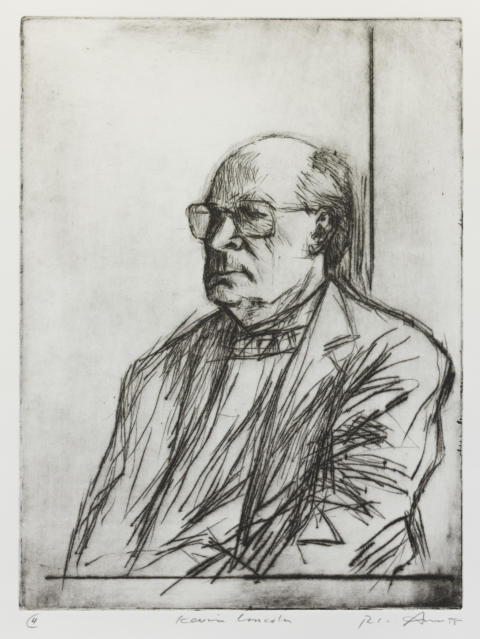 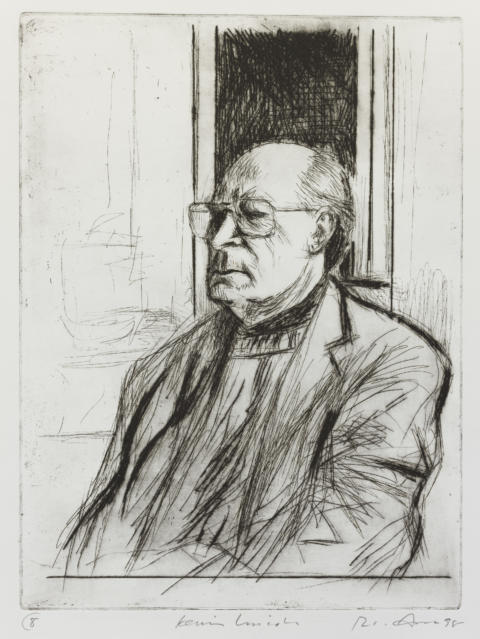 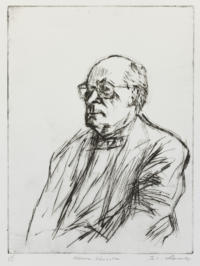 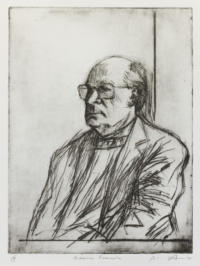 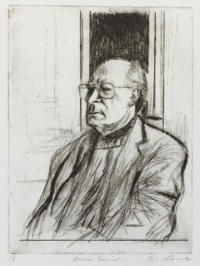 Drypoint. A half-length portrait of Kevin Lincoln, against a blank background. Lincoln is turned in three-quarter profile to the left, has spectacles, and wears a jacket and sweater. There is evidence of burnishing around the head.

Two fine, parallel vertical drypoint lines now extend up from the sitter’s left shoulder, near his head, to just below the plate mark. Drypoint hatching has been added beside the head at the right, as well as to the sitter’s right shoulder and to his spectacles. There are three variant impressions of this state.

Much new work in drypoint has been added to the vertical panel behind the head, to the face, and to the jacket.

Rick Amor and Kevin Lincoln (b. 1941) have been friends for many years, and both artists have made portraits of each other. Amor has painted a caricature of Lincoln, as well as a portrait in oils (Niagara Galleries 1996), with E.113 being his most recent portrait of his friend; it was made when Lincoln was fifty-seven years old.

The portrait was first scored in drypoint, directly in front of the subject, in Amor’s Alphington studio and was subsequently worked up and completed. Having achieved a good likeness by the second state, Amor turned to the setting, providing a stabilizing geometry behind the sitter. This geometry reflects the careful placement of elements in Lincoln’s own works and also illustrates Amor’s method of working out his compositions by means of calculated, grid-like structures.

Amor has explained that the unusual way he numbered the edition impressions in this instance is due to the fact that he did not wish to print a big edition.