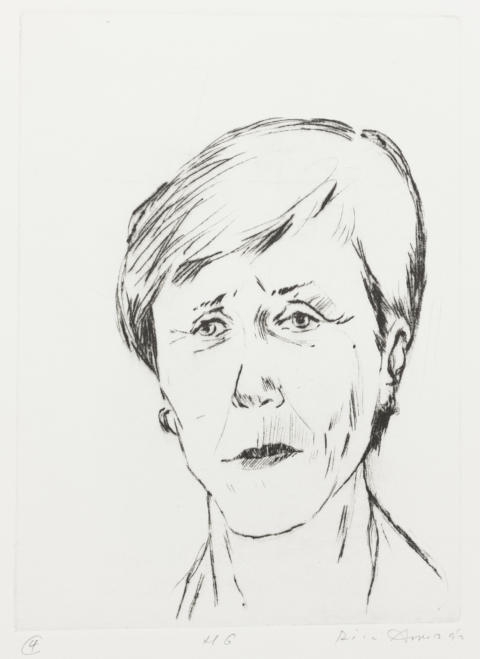 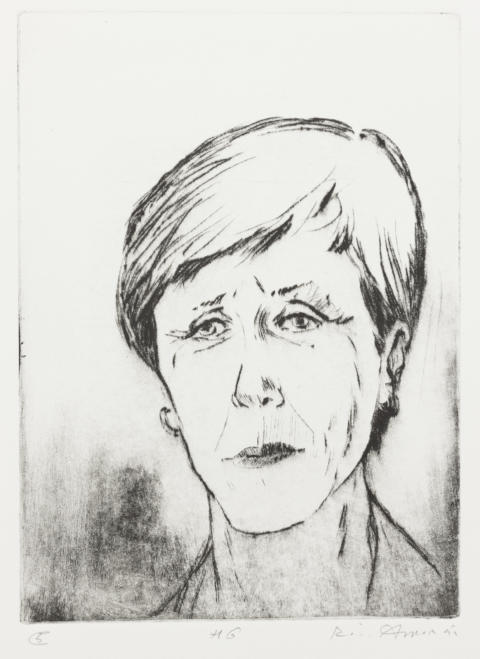 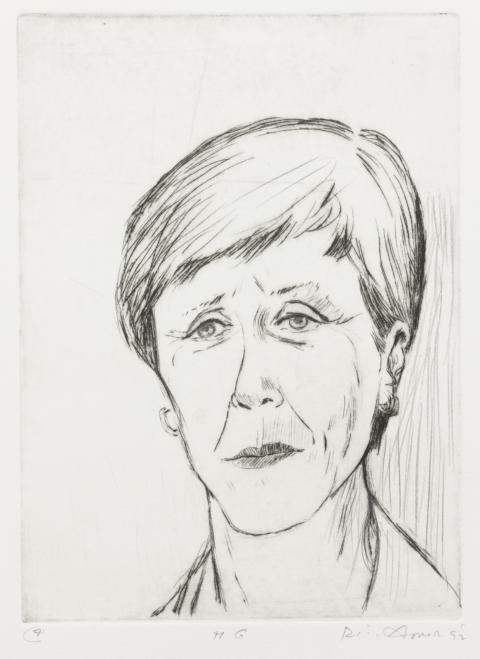 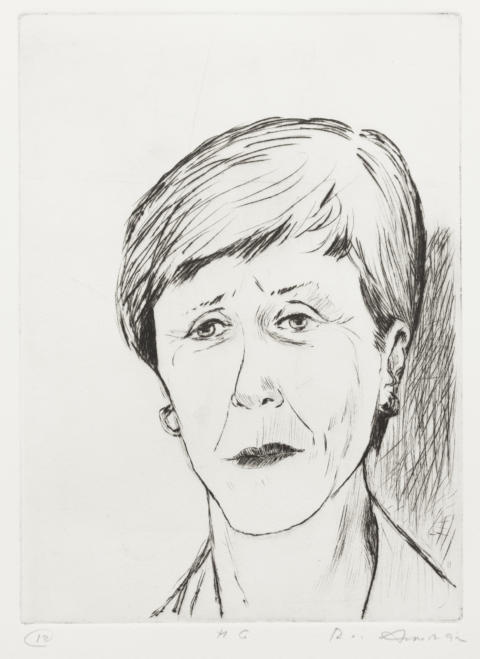 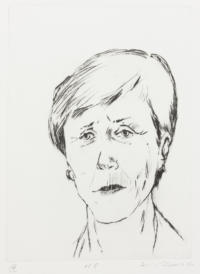 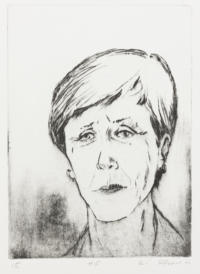 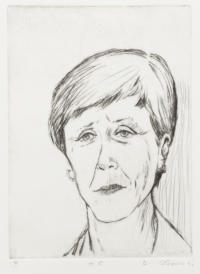 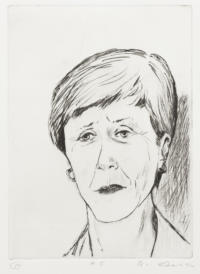 Greater definition has been given to the hair. A contour has been added to the nose, and hatched modelling to the right cheek.

More strands have been added to the hair at left. There are three variant impressions of this state.

Impression V.c is extensively touched with pencil. The main areas of drawing are the right background, the eyes and neck, the left contour of the face, and the hair, where several strands have been added, to the left of the face.

The right contour of the face has been filled in and strengthened. There are two variant impressions of this state.

This is the first of five portrait prints of Australian writers that Amor was commissioned to make for the literary journal Overland, by its editor, the poet Barrett (Barrie) Reid, in 1992. The only woman in the group was Helen Garner (b. 1942), a writer of fiction and nonfiction, as well as a journalist and screenwriter.

In 1992, Garner was fifty years of age and had recently published the fictional work Cosmo Cosmolino. While Amor knew some of the writers he had been commissioned to portray, this was not the case with Garner. Amor met her for the first time when he went to draw her at her home in Melbourne on 29 October 1992. The resulting pencil portrait became the model for the present drypoint. The sketch is oriented in the same direction as the print but is placed higher up on its page and includes more of the neck and shoulders. However, the slightly turned head and the facial expression are extremely similar in the two works.

Although Amor took the drypoint through ten states and printed several variant impressions, many of the adjustments he made in the states were very small ones, as he laboured to capture not only the likeness of his subject but also the expression that he had captured in his drawing.