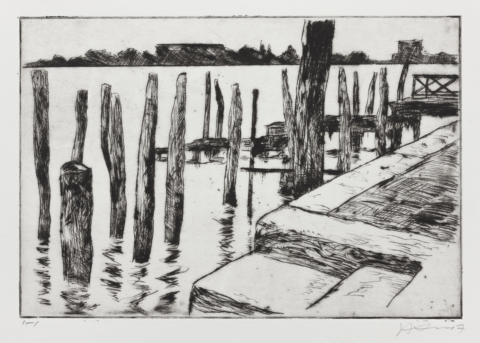 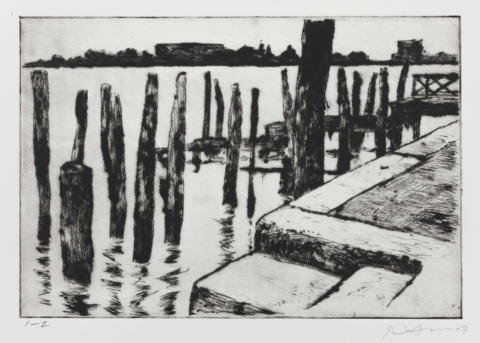 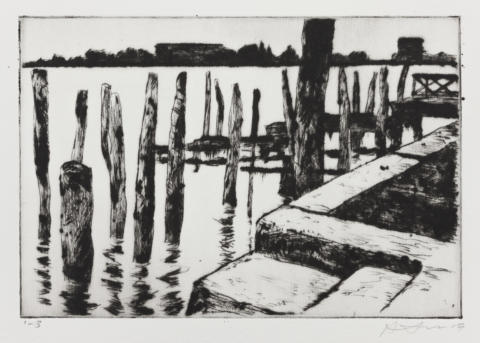 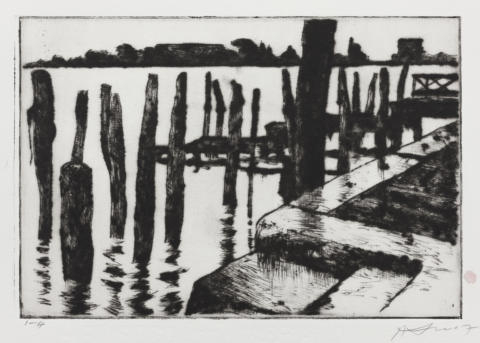 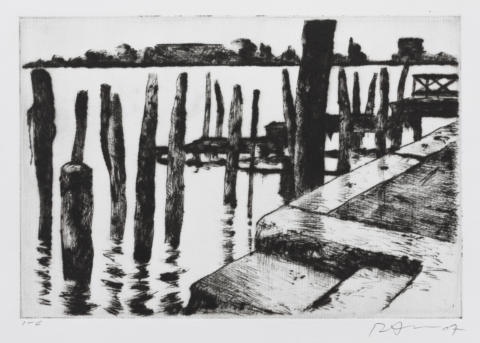 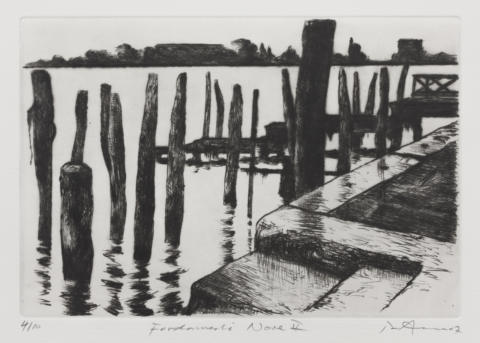 Drypoint. A view of the Fondamente Nove with steps leading down to the water, and mooring posts in the foreground. Across the water, on the horizon, is the Venice Arsenale.

Drypoint has been added at the left: to the reflection of the third mooring pole from the left, to the surfaces and sides of the steps, and to the triangle of pavement at the centre right. Drypoint has also been added to the left of the pole nearest the steps at left; this reads like a small protrusion on the pole.

Flecks of drypoint have been added to the bottom step, while the vertical hatching in that area has been burnished. There are two variant impressions of this state.

This is one of two works in the Venice Series that are titled Fondamente Nove, the other being cat. no. E.149. The section of the embankment depicted here is situated near the Venice Printmaking Studio (where the majority of the proofs of Amor’s Venice etchings were printed), and across the water is the Venice Arsenale.

This drypoint is based closely on a pencil drawing in the large Venice Sketchbook, dated 5 June 2007 and done on the spot; both the print and the drawing are oriented in the same direction. Amor also photographed the view he depicted in these works. The present work and cat. no. E.149 were both done in Melbourne on Amor’s return from Venice.