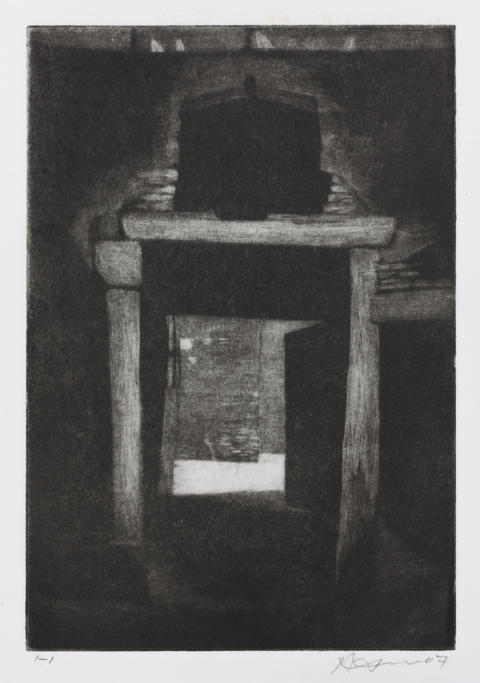 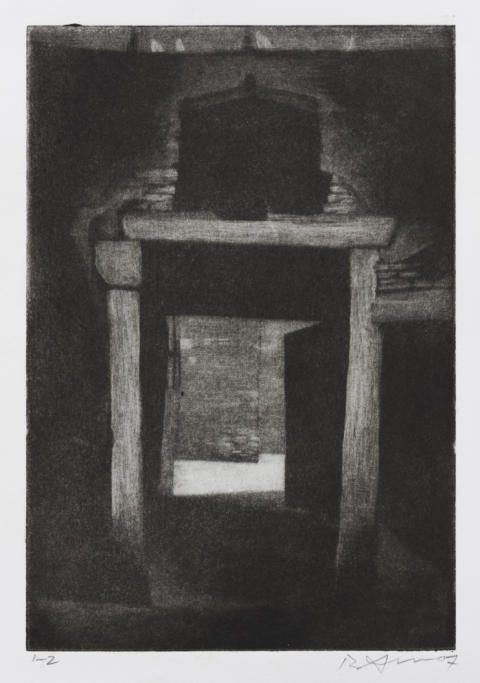 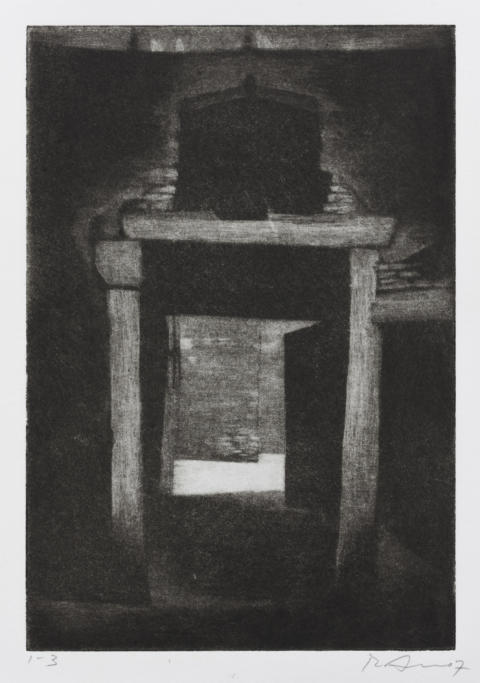 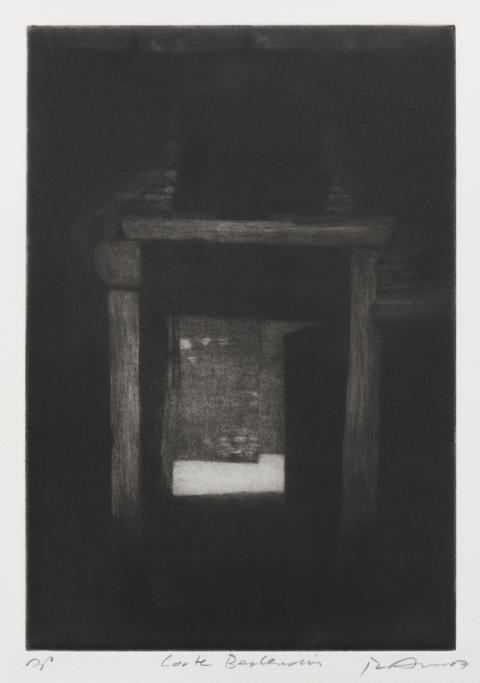 Artist’s proof (from edition, 2007; impression of 3rd and final state) 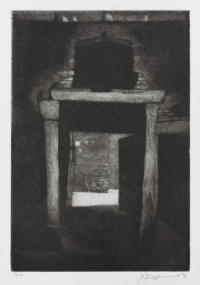 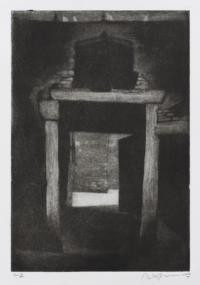 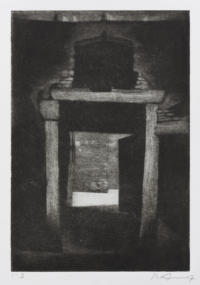 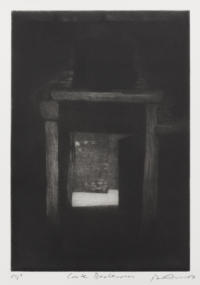 Burnished aquatint. A view through Corte Berlendis, a covered alleyway, onto a wall beyond.

The existing light areas have been evened out with more burnishing, but the tonal contrasts have not markedly changed. The left column now has an irregular left contour, suggesting decrepitude.

The light area on the ground through the gateway has undergone further burnishing. There are two variant impressions of this state.

This is the first of two prints depicting Corte Berlendis, a small alleyway or courtyard in the Cannaregio district of Venice. The other is Corte Berlendis II (cat. no. E.148), in which the subject is depicted from the opposite direction. Amor was drawn to the gateway of the alleyway by its sense of ancient, decrepit mystery and its minimal, post-and-lintel geometry. He made a pencil drawing of the gateway in his sketchbook, a sketch whose pure linearity emphasizes the simplicity of the structure. The burnished aquatint he used in creating the print, while being a technique that intrinsically lends itself to tonal work, has retained this quality of geometric minimalism.

E.142 went through very few states – a confirmation of the clear sense of purpose that Amor had when he started creating the image from the prepared aquatint. When the edition was being printed, however, he did experiment with plate tone, sometimes using so much of it as to veil the gateway in darkness; this effect can be seen in the artist’s proof illustrated here.

Amor also made a painting of Corte Berlendis, based on this print and dated to the same year.