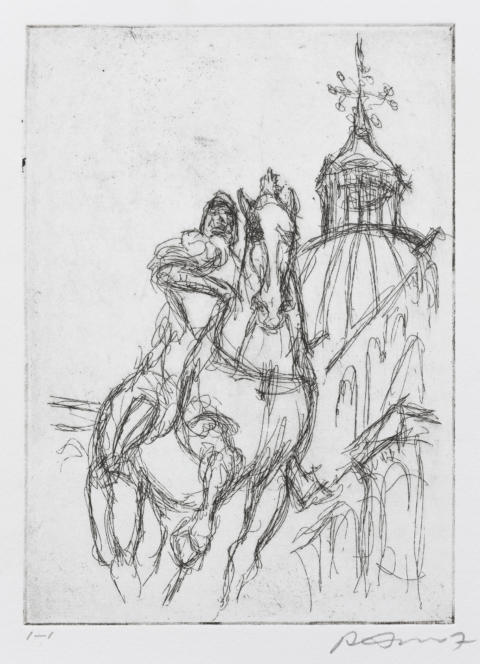 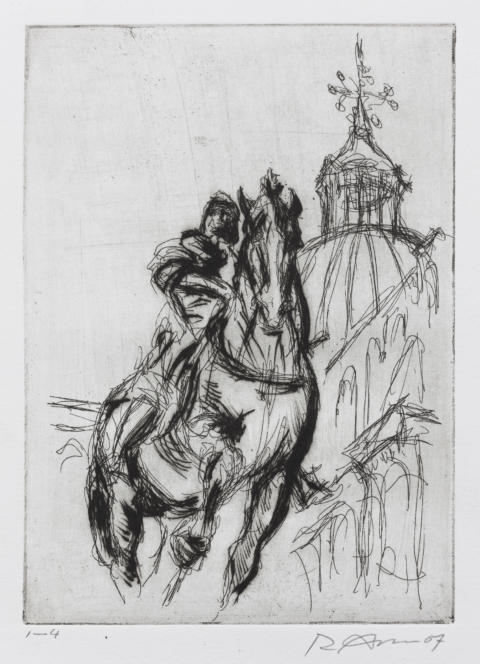 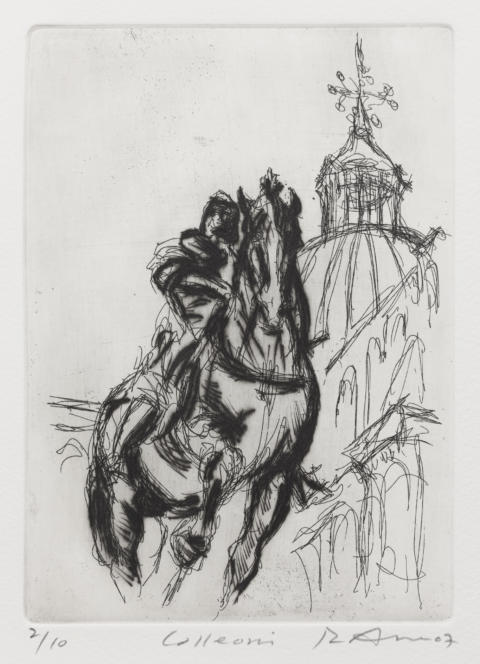 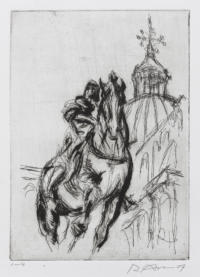 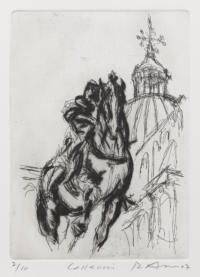 Etching. A depiction of Andrea del Verrocchio’s bronze statue of Bartolomeo Colleoni, viewed from the front right and from below. The actual orientation of the statue has been reversed in the print. Behind the statue, at the right, is the cupola of a church, crowned with an elaborate cross.

Considerably more drypoint has been added to the statue, in many areas. There are two variant impressions of this state.

This is the first of two prints in the Venice Series that depict Andrea del Verrocchio’s statue of the condottiere Bartolomeo Colleoni (1400–1475), made c.1483–88 (but cast later). It stands opposite the Scuola Grande di San Marco, on the Campo Santi Giovanni e Paolo. E.139 was drawn directly onto the plate, in front of the monument, and drypoint was applied later, first in Venice and then, more comprehensively, in Melbourne. The viewpoint in the etching is from below and to the right of the statue; the statue’s orientation was reversed in printing. The view also shows the dome of the Basilica dei Santi Giovanni e Paolo, with its ornamental cross finial.

Amor was captivated by the monument’s power and masculine energy, and translated its vigour into the sketchy line of the etching, together with lively drypoint. He also painted a watercolour, dated 21 June 2007, of the subject, in right profile, standing on its tall pedestal. For Amor’s second etching of Colleoni, see cat. no. E.144.