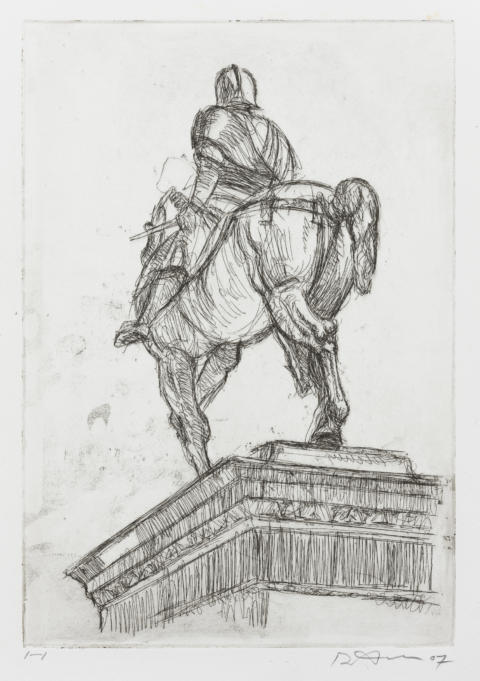 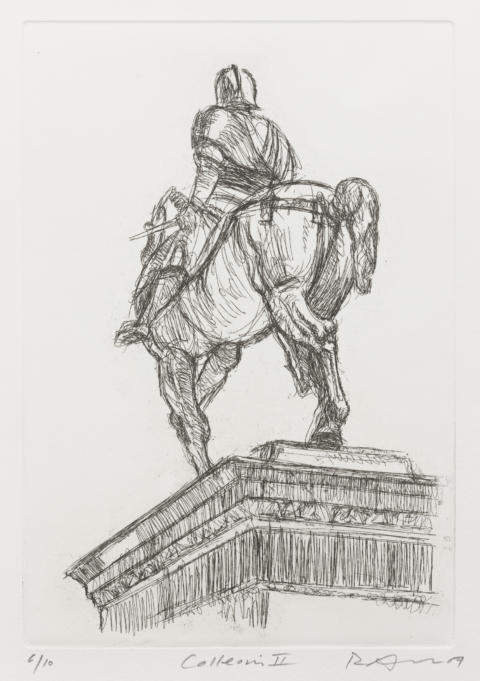 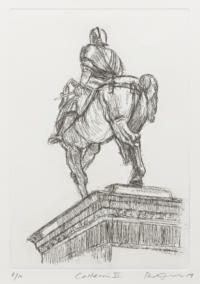 Etching. A rear view of Andrea del Verrocchio’s statue of Bartolomeo Colleoni, viewed from below and to the right, with the top of its pedestal visible. The actual orientation of the monument has been reversed in printing. There is an irregular curved scratch immediately above the horse’s head. The background is stained with areas of foul biting.

The remainder of the foul biting on the plate has been further burnished.

This is the second of Amor’s two etchings depicting Andrea del Verrocchio’s bronze statue of Bartolomeo Colleoni, the first being Colleoni (cat. no. E.139), in which the monument is seen from the front. Like E.139, the present etching was drawn directly onto the plate, in front of the subject, whose orientation was reversed in printing.

In depicting the statue of Colleoni, Amor chose an unusual viewpoint because he liked to represent familiar subjects in uncharacteristic ways but also because he wanted to take up the challenge of foreshortening. He had frequently adopted a similar approach when depicting the sculptural monuments of Melbourne.