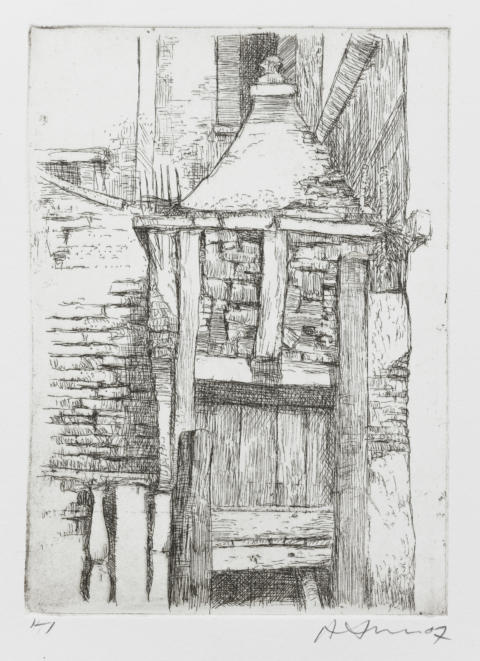 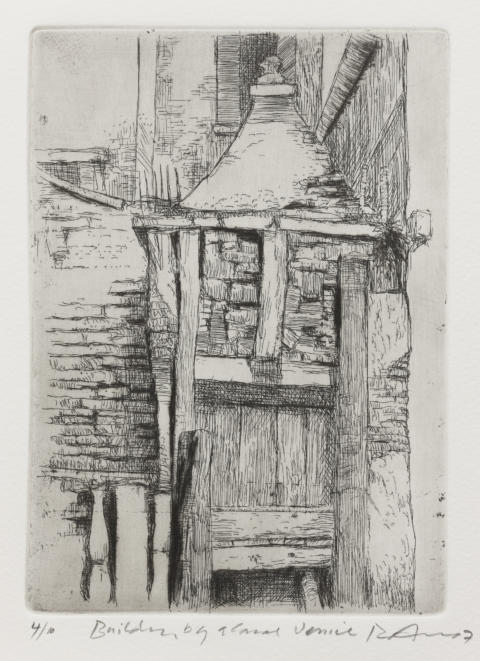 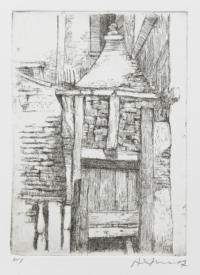 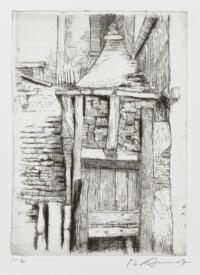 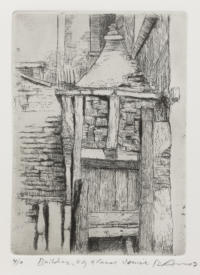 Etching. An ancient dilapidated turret with a pointed roof sits atop a wooden sluice gate; the structure is set into the corner of two adjoining buildings made of bricks and with peeling render. The subject is etched in all its essential details.

Drypoint accents have been added across many areas of the plate, to provide tonal contrast and to give the architectural details greater definition. There are three variant impressions of this state.

This is one of four Venice etchings that Amor drew directly onto the copper plate, in front of the subject; the drypoint accents were added later. The ancient architecture depicted in this print is reminiscent of some of the buildings and architectural fragments seen in Charles Meryon’s engravings of medieval Paris.

The etching was substantially resolved in the first state. In the second state, however, Amor used drypoint additions to clarify architectural details and to achieve a livelier tonal modulation of the surface. He also experimented with plate tone and decided upon having the edition printed with a light film of plate tone. The resulting effect was in keeping with the decrepitude of the subject matter, and consistent with Amor’s response to the Venetian environment as a whole: ‘all darkness and death’, in his view.