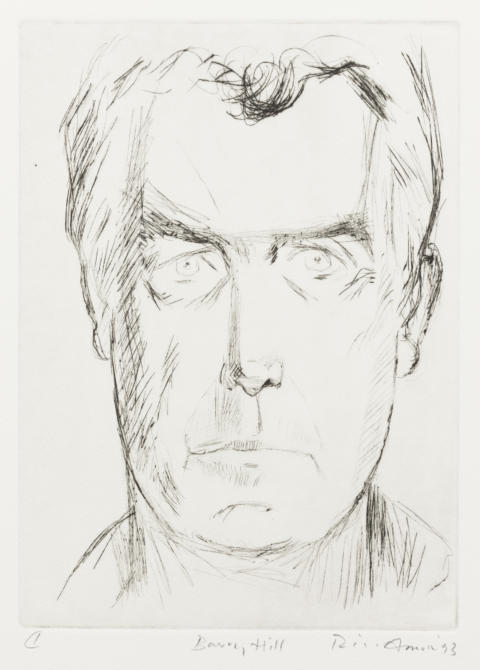 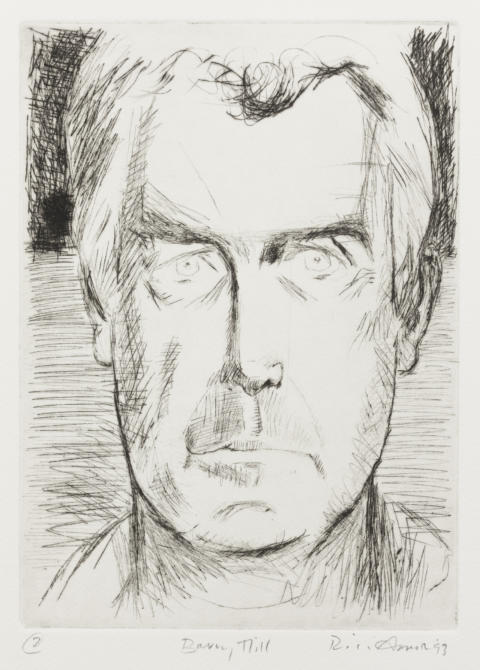 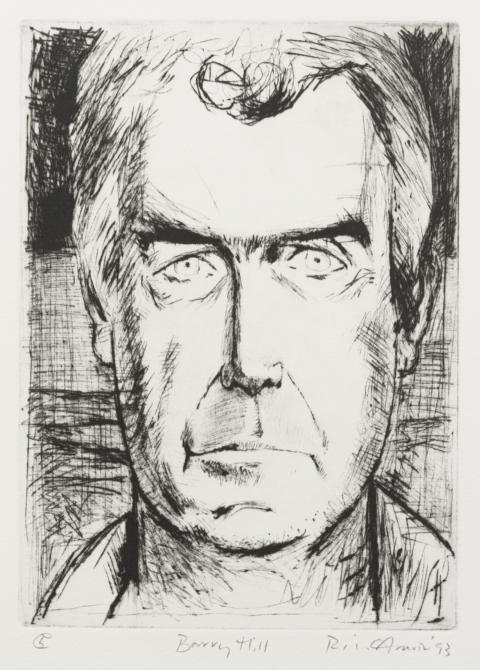 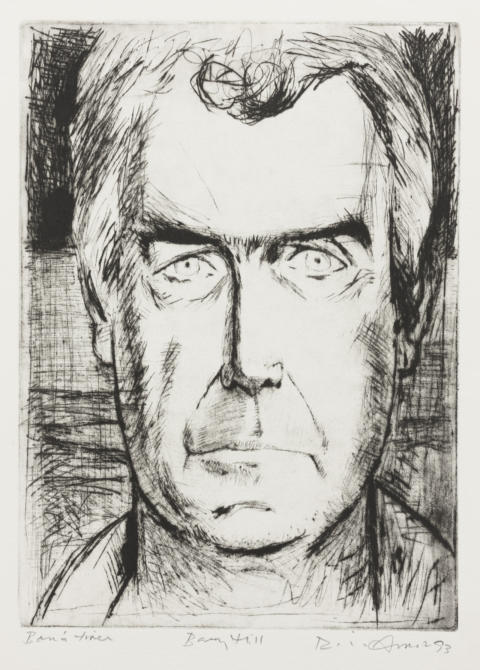 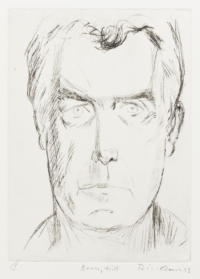 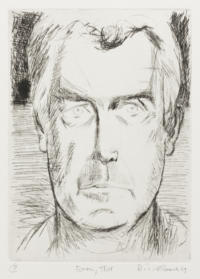 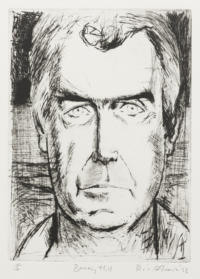 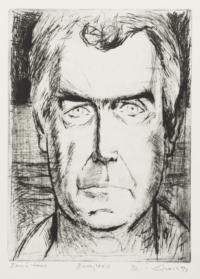 Drypoint. A frontal portrait of Barry Hill, showing the face, neck and part of the collar of his shirt; the top of the head is cropped. The portrait has been scored in drypoint, and the background is blank.

Strong drypoint has been added to many areas of the plate. There are two variant impressions of this state.

A small area of oblique hatching has been added immediately above the left corner of the upper lip. There are three variant impressions of this state.

This is the second of five portrait prints of Australian writers that in 1992 Amor was commissioned to make for the literary journal Overland. Barry Hill (b. 1943) is a poet, historian, journalist and academic. In 1993, the year in which this drypoint portrait was made, Hill was fifty years old and had just published Ghosting William Buckley, for which he would win the 1994 Kenneth Slessor Prize for Poetry. Prior to undertaking the Overland commission, Amor did not know Hill personally, although he was familiar with his work and had illustrated an article on William Buckley that Hill had written for Overland.

E.070 is based on a drawing done from life, but now lost.