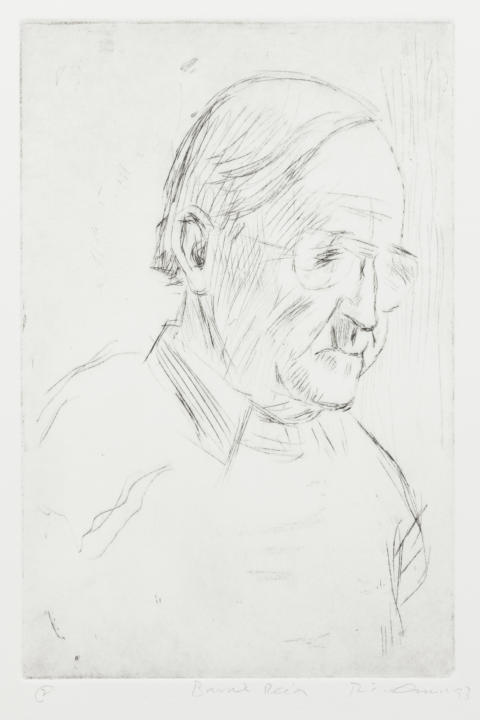 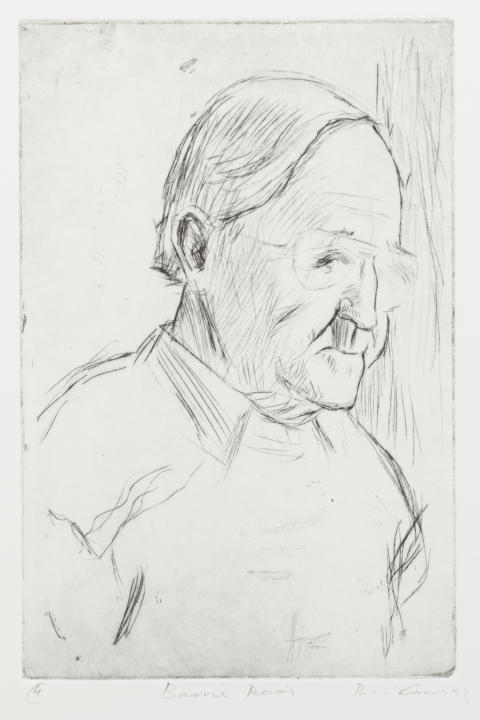 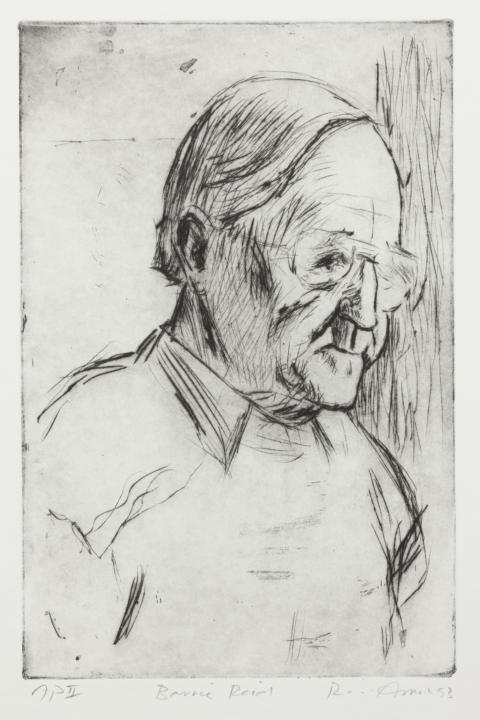 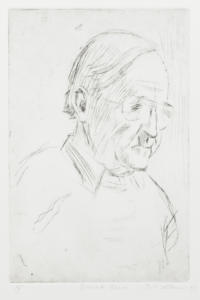 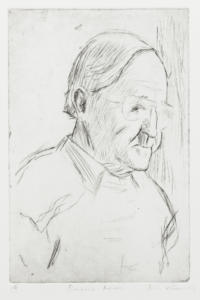 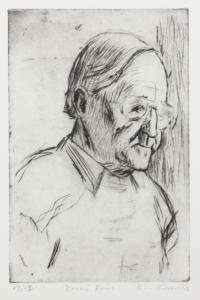 Etched details have been added to the hair, face, spectacles, shirt collar, and sweater. The background at right has been lightly shaded with vertical lines.

The contour of the head has been strengthened, and hatching has been added to various parts of the face, including the cheeks, the chin, and the nose, above the left nostril.

Several oblique strokes have been added to the forehead at left. There are three variant impressions of this state.

Barrett (Barrie) Reid (1926–1995) – writer, poet, literary editor and librarian – belonged to the circle of writers and artists who gathered around John and Sunday Reed at their home, Heide, in Bulleen in outer Melbourne. Patrons of both art and literature, the Reeds welcomed members of Australia’s creative communities to Heide for nearly five decades, beginning in the mid 1930s. In November 1981, after its purchase by the State Government of Victoria, the modernist house and gallery ‘Heide II’, which had been built by the Reeds on their property in the mid 1960s, was opened as a public art museum – today’s Heide Museum of Modern Art.

Following the deaths of John and Sunday Reed, within days of each other in December 1981, Barrett Reid lived at Heide. He was editor of the literary journal Overland from 1988 to 1993, when he retired due to ill health (he had been diagnosed with Hodgkin’s lymphoma some fifteen years earlier). The present portrait, along with portrait prints of four other Australian writers, was commissioned by Reid in 1992 for Overland.

Amor based his drypoint portrait of Reid on a pencil drawing. The artist had known Reid since the 1970s and liked to visit him at Heide. Amor remembers that Reid was taken aback by the portrait, telling Amor that he did not like it. ‘Who’s the elderly party?’ he asked.