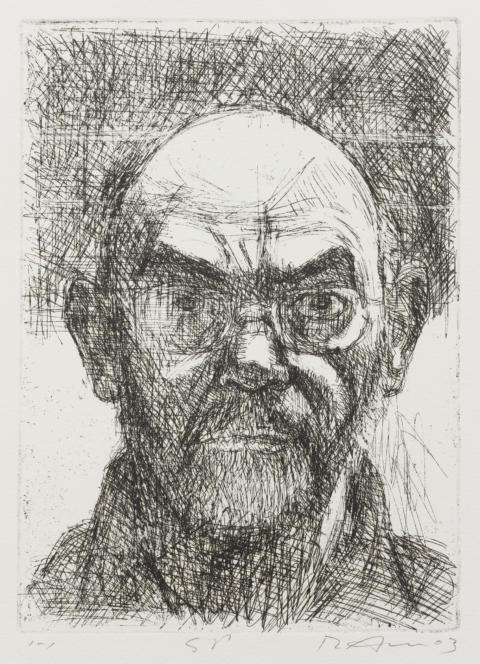 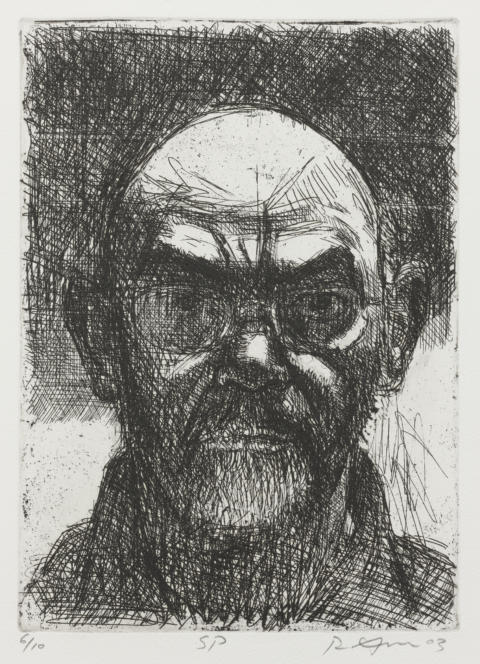 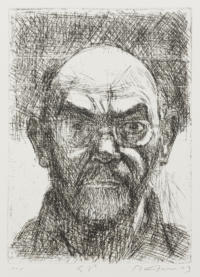 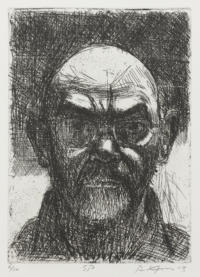 Etching. Head of the artist wearing spectacles and an open-necked shirt; he looks straight ahead. The portrait is etched with loose cross-hatching. An etched background of similarly loose cross-hatching, arranged in three horizontal bands, extends upwards from the ears.

The plate has been re-etched and much new cross-hatching has been applied throughout, notably to the wrinkled brow. The background shading has been extended downward so that it comes to below the ear on the left. There is evidence of burnishing on the spectacle lens on the right and in the background below both ears.

This is one of two self portraits that Amor made in 2003, the other being the painting Self portrait with postcard of Graeco Roman bust (Short 2008). Etched towards the end of 2003, E.127 is the last self portrait made by Amor before he succumbed to Myelodysplastic Syndrome (MDS) in 2004.

The etching was highly resolved in its first state, but was refined with more tonal work, done with the etching needle and the burnisher, in the second and final state, when it was also re-etched; the re-etching made the lines thicker, and thus darker when printed.