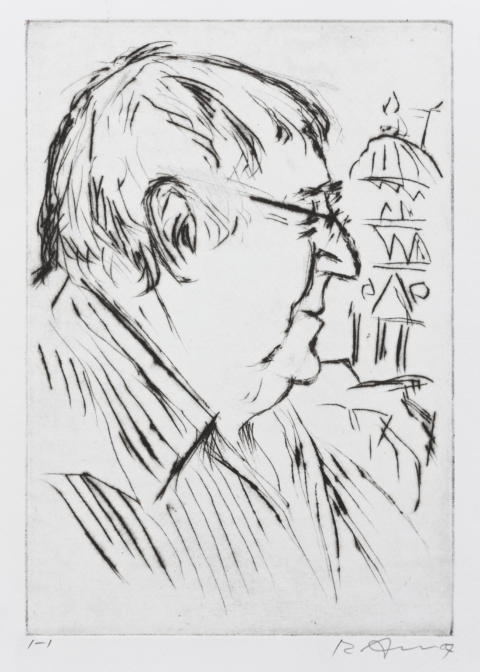 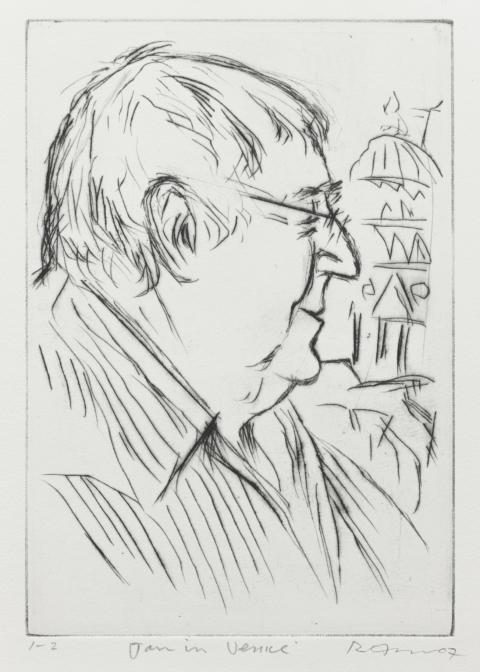 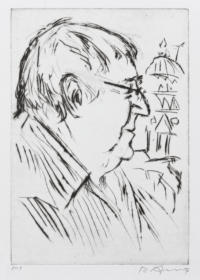 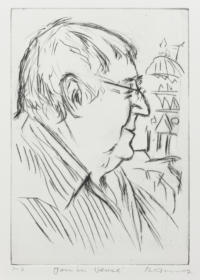 Drypoint. A profile portrait of the artist Jan Senbergs facing right, showing the head and shoulder. Senbergs is dressed in a striped shirt. In the right background is a summary depiction of a Venetian church. The subject is largely complete. There are two variant impressions of this state.

The join of the lips has been engraved upwards to suggest a wry smile.

The painter and printmaker Jan Senbergs (b. Latvia 1939; arr. Australia 1950) is a friend of Amor’s, and one of the four artists who worked on the Venice Printmaking Project.

This portrait was scored directly onto the plate from life; it was never editioned, because Amor considered it too slight. The sketchy depiction of the baroque church in the background of the print is not based on a real view but is a copy of a detail in one of Senbergs’s drawings made in Venice.

E.143 is one of two portraits that Amor made of his friend in Venice, the other being a pencil sketch in the large Venice Sketchbook; this drawing, dated 13 June 2007, depicts Senbergs working on an etching.

In 2013 Amor painted an oil portrait of Jan Senbergs.